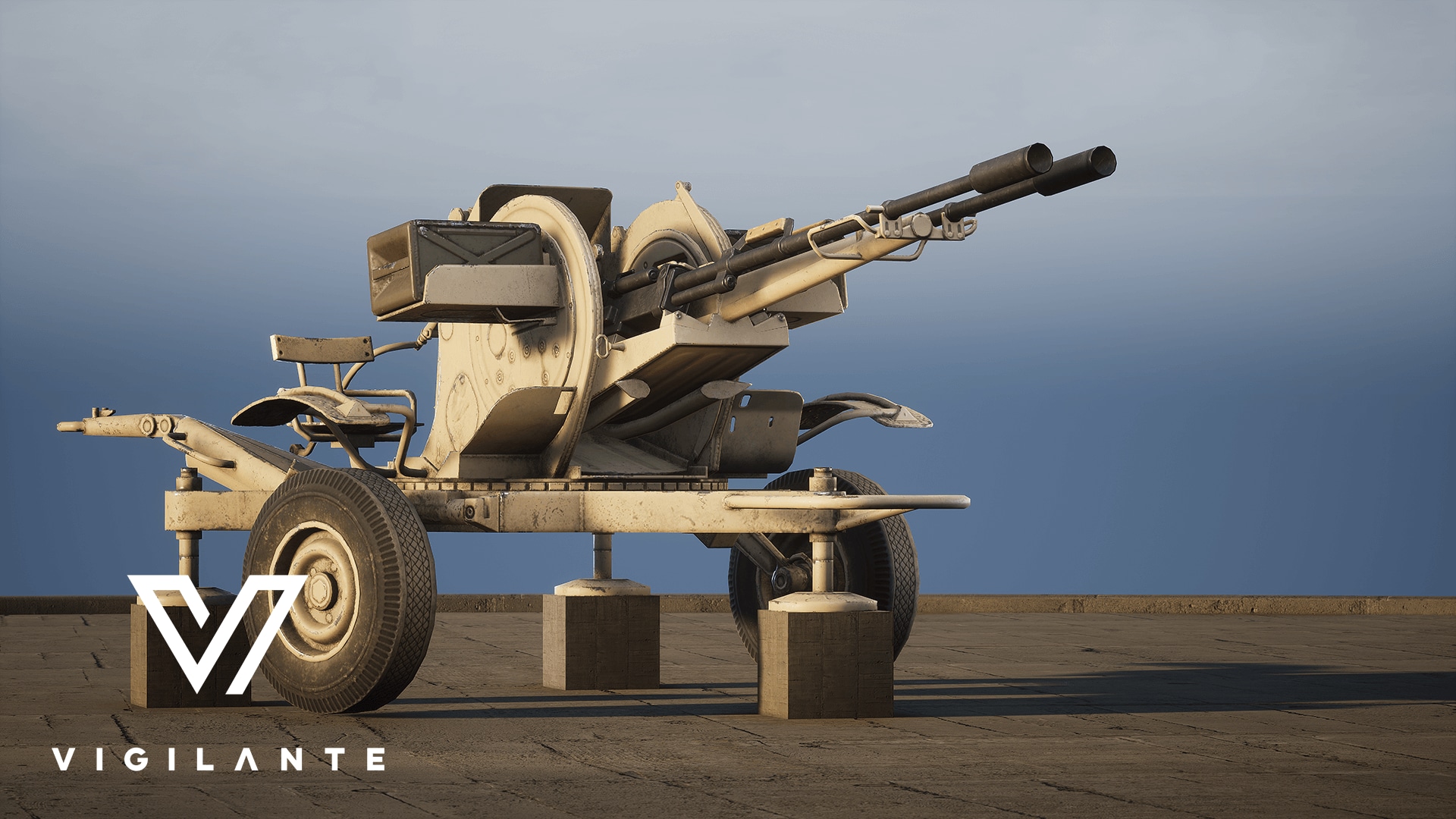 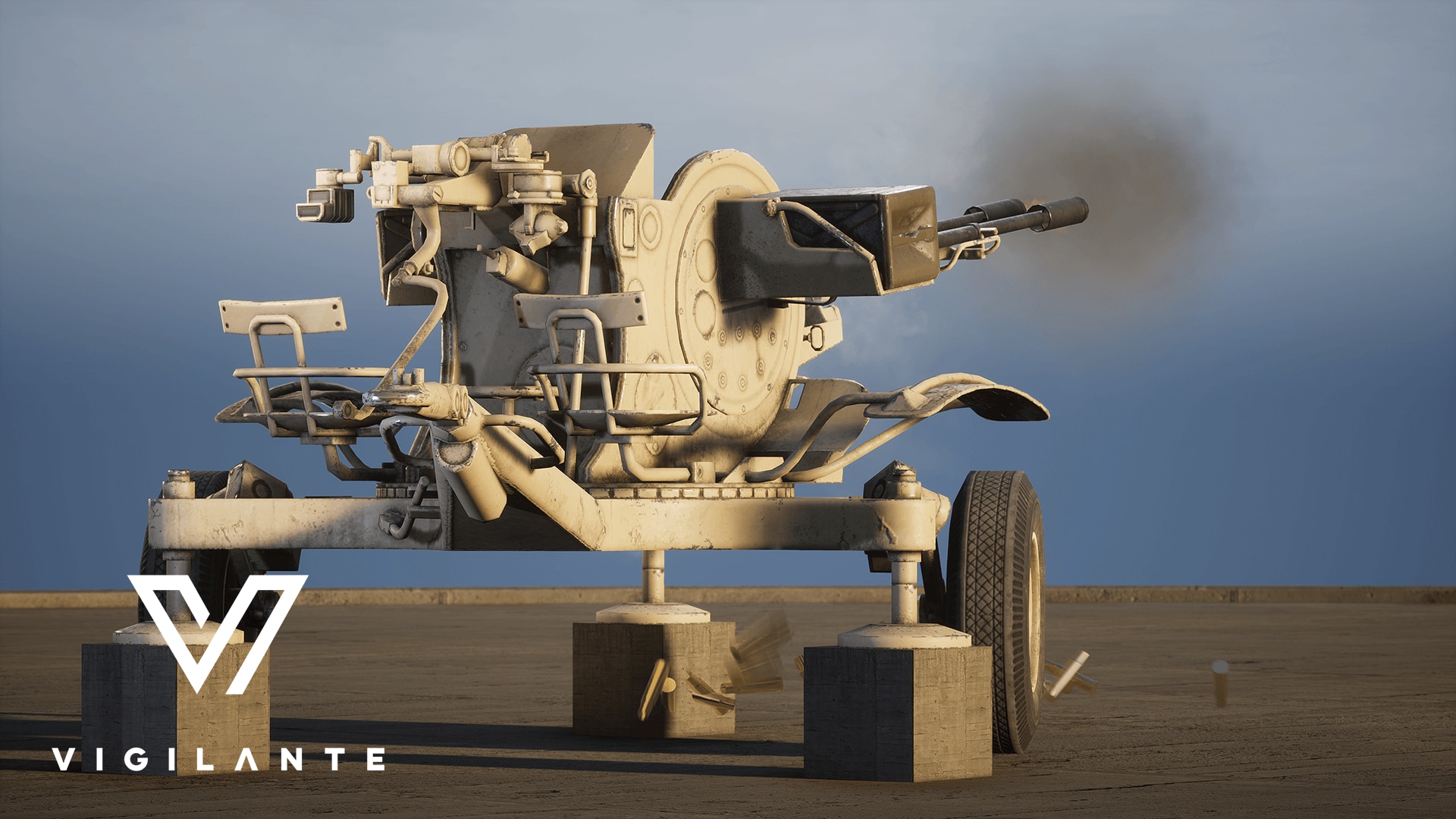 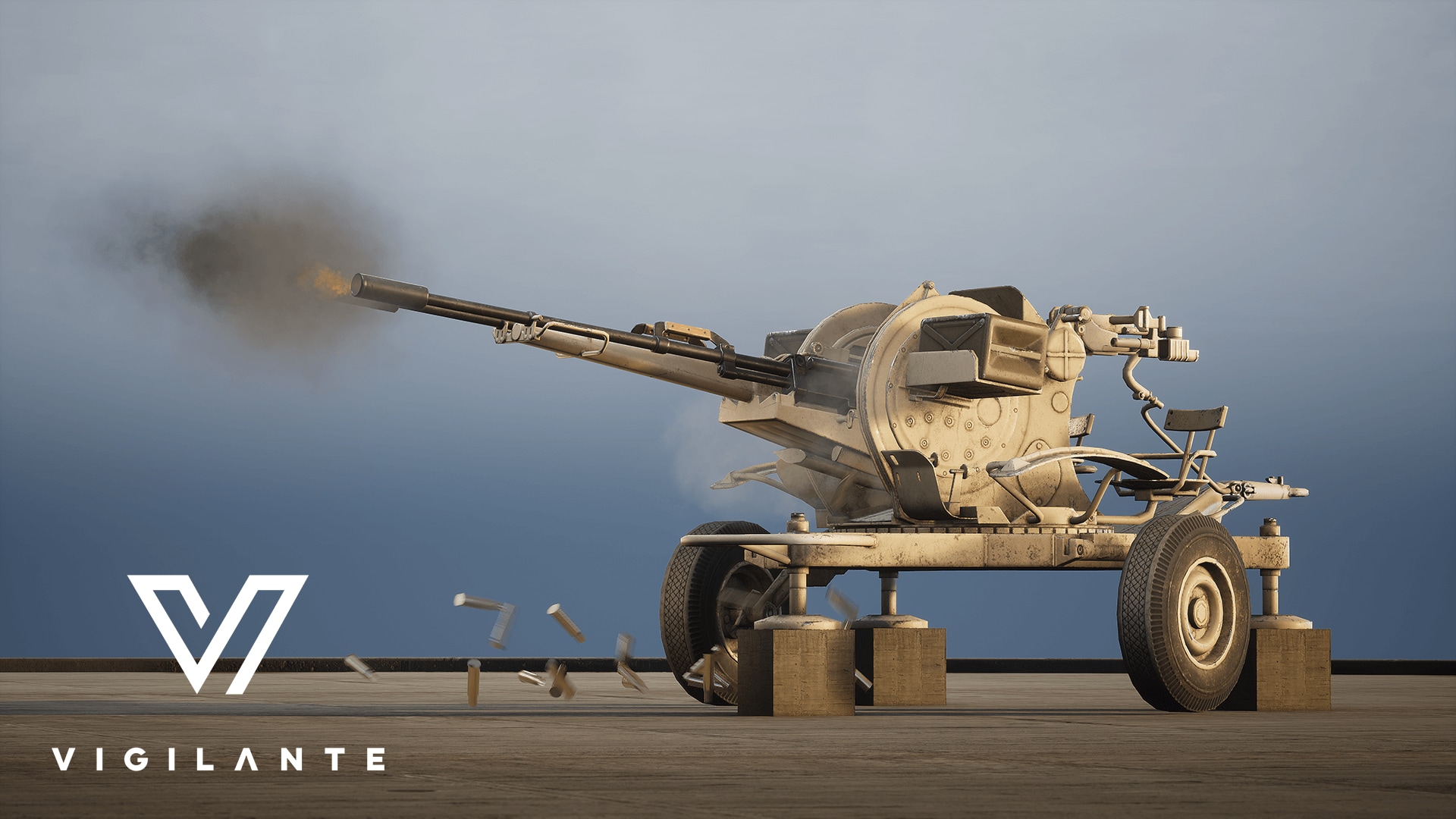 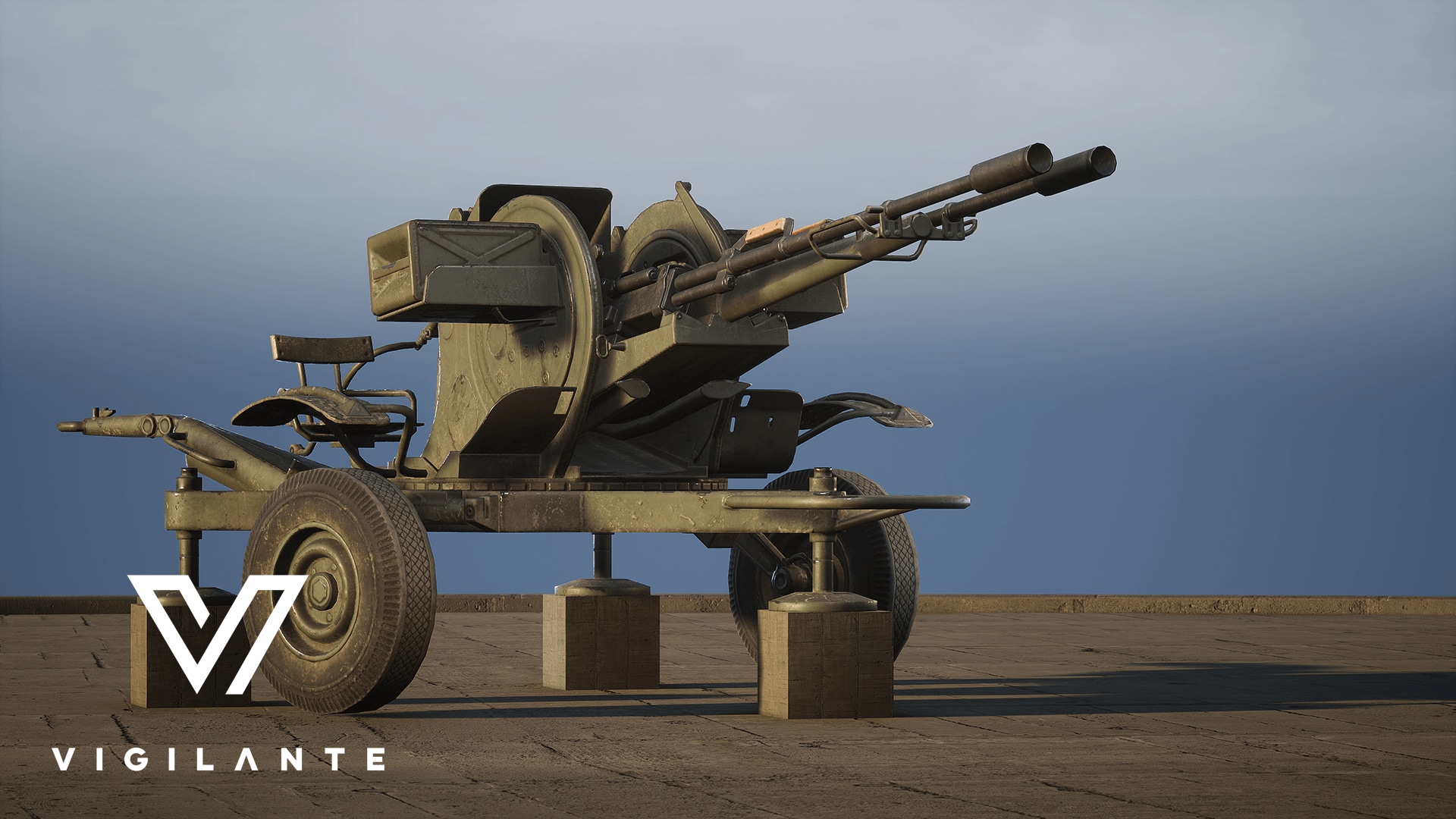 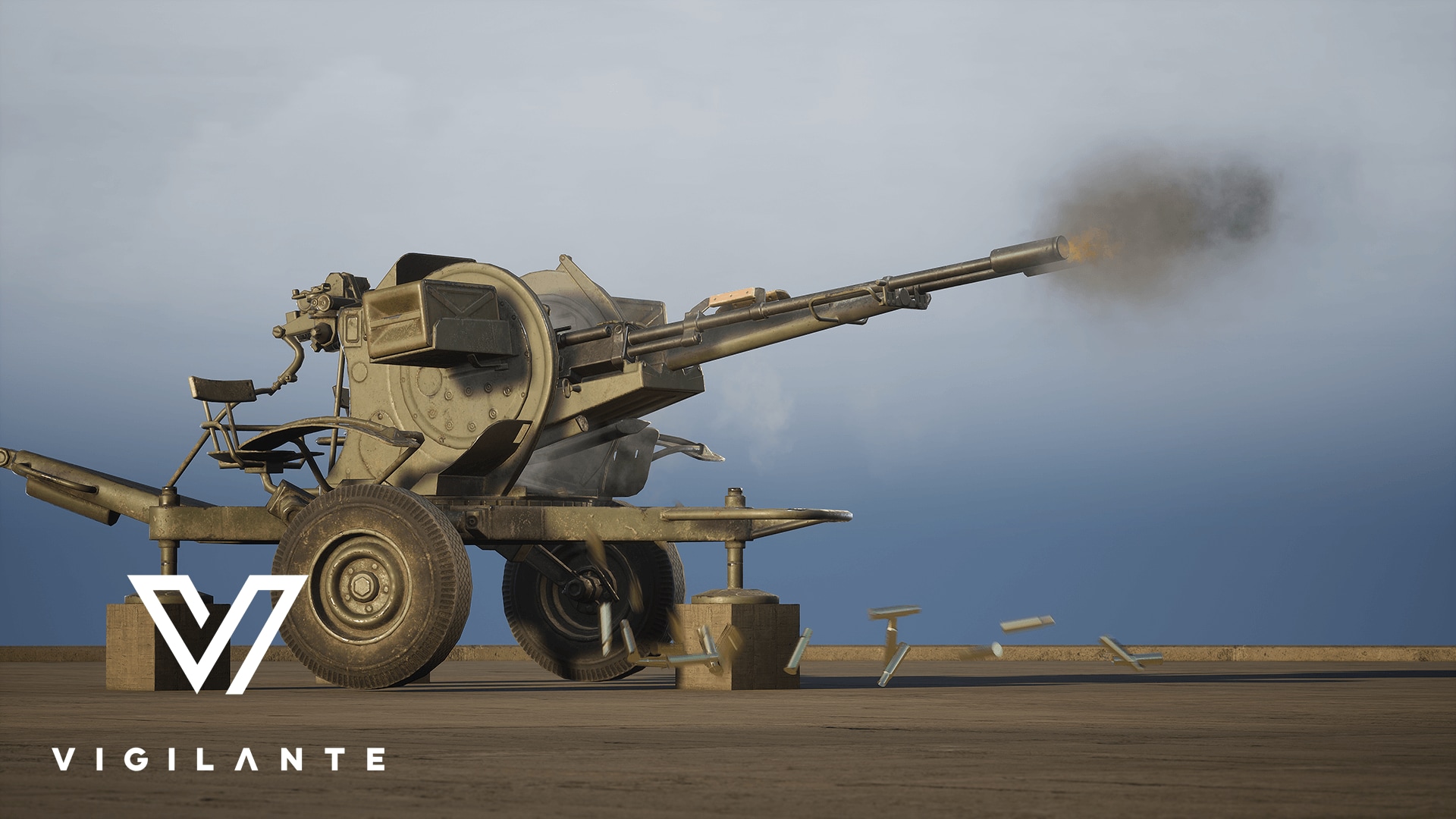 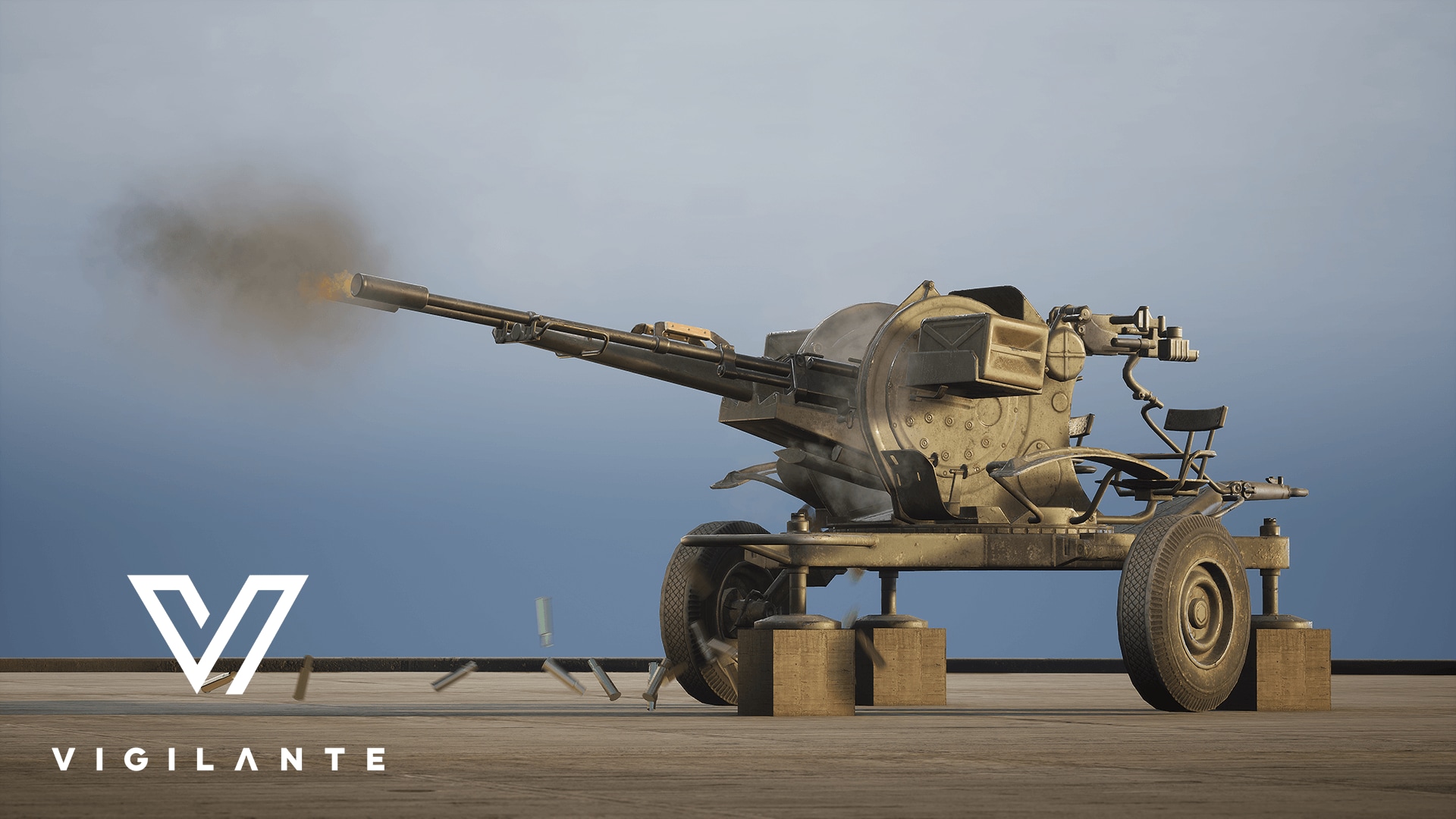 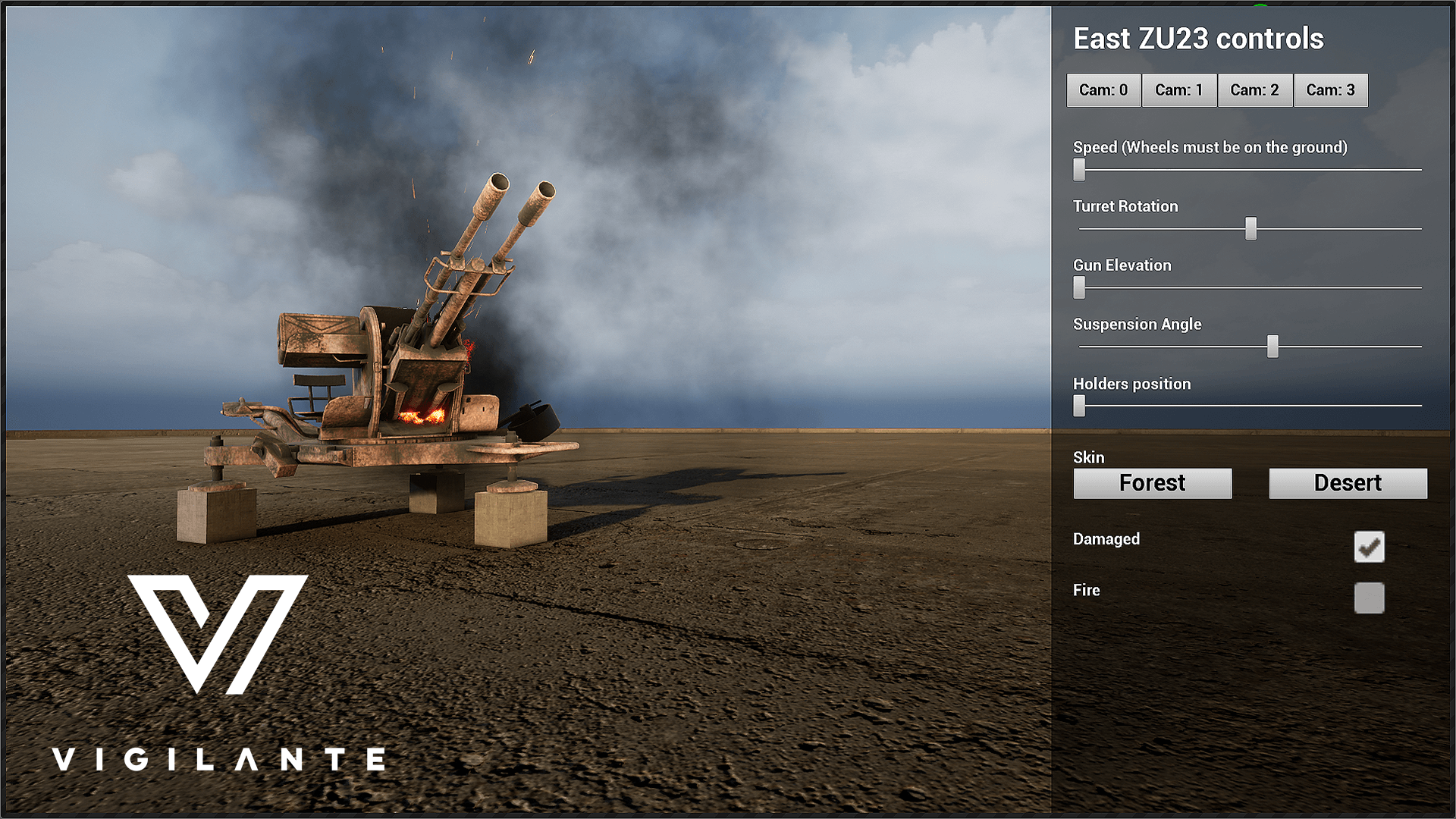 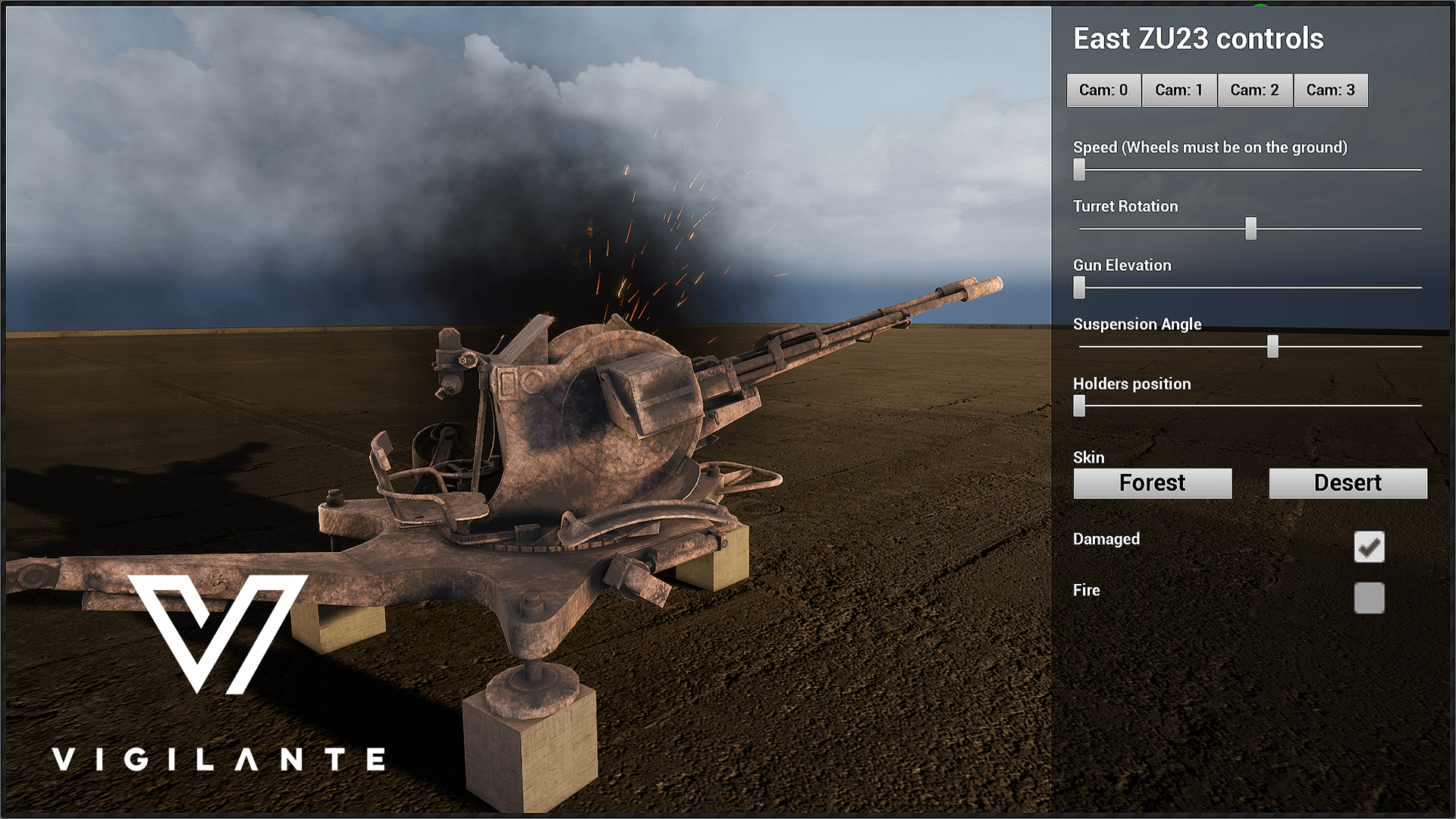 The Vigilante Arty ZU23 Cannon comes with Desert and Forest textures, is fully rigged, has animated stabilizers, wheels, and turret with a 23 mm cannon. This vehicle is DIS/HLA (RPR FOM) Integration ready. Designed for simulations.

The Vigilante Arty ZU23 is a Soviet, towed 23 mm anti-aircraft twin-barreled autocannon. Originally designed to engage low-flying targets at a range of 2.5 km as well as armored vehicles at a range of two kilometers and for direct defense of troops and strategic locations against air assault usually conducted by helicopters and low-flying airplanes This artillery blueprint comes with both Desert and Forest textures, is fully rigged, and has animated stabilizers, wheels, and turret with a 23 mm cannon. A destructible state model with damaged geometry, textures, and damage smoke FX is included along with weapon firing and firing dust FX.

The asset is ready for import into your DIS/HLA (RPR FOM) simulation projects. As such, it is not set up as a traditional Unreal vehicle with an interior but can be modified as needed to suit your purpose. 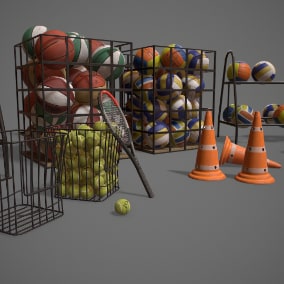 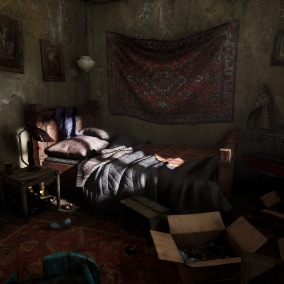 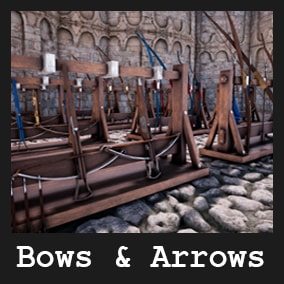 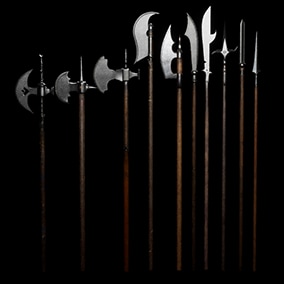 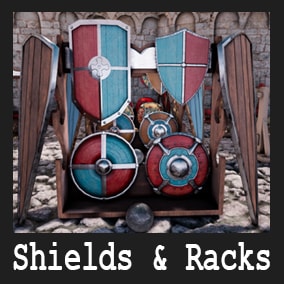