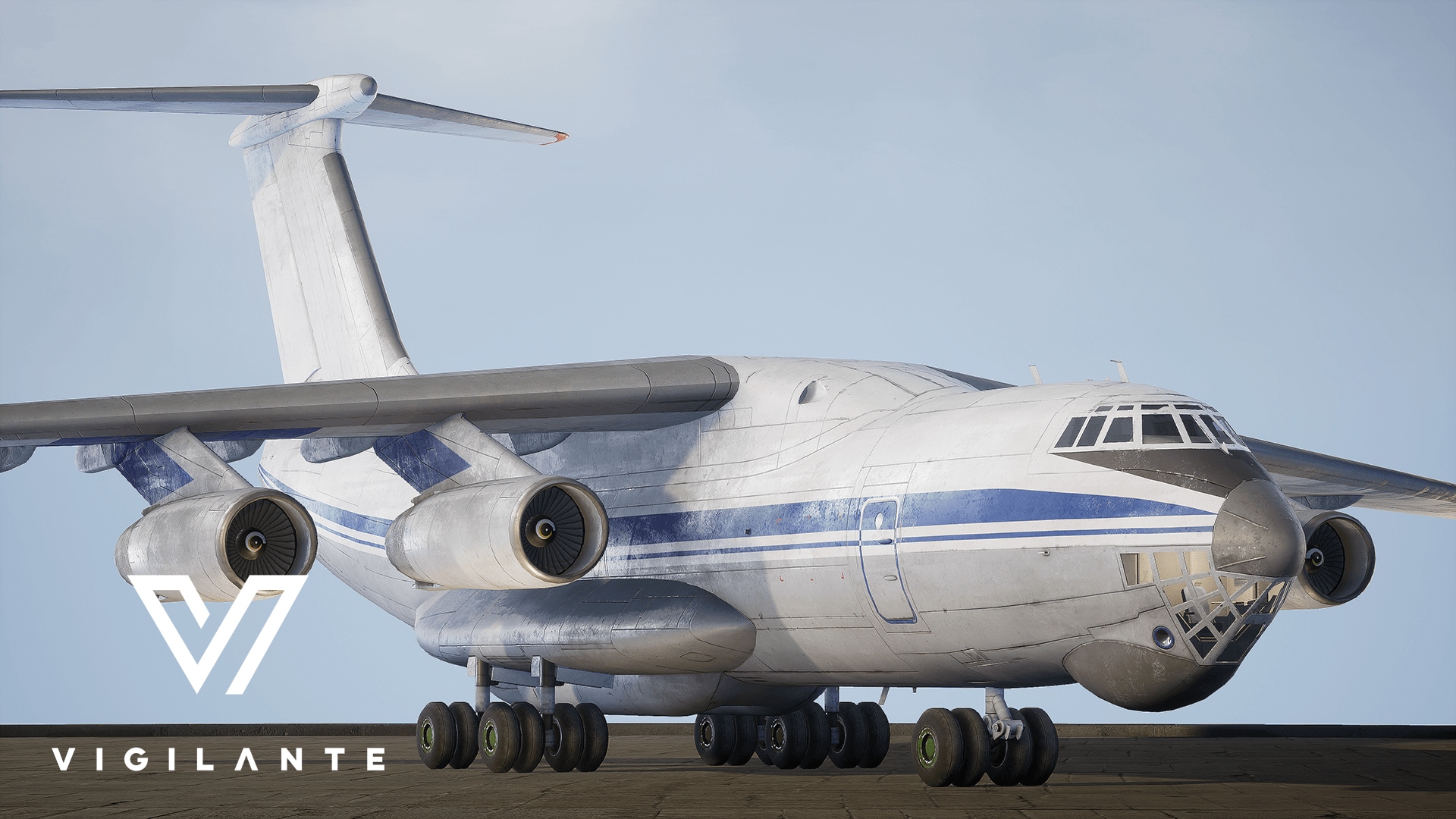 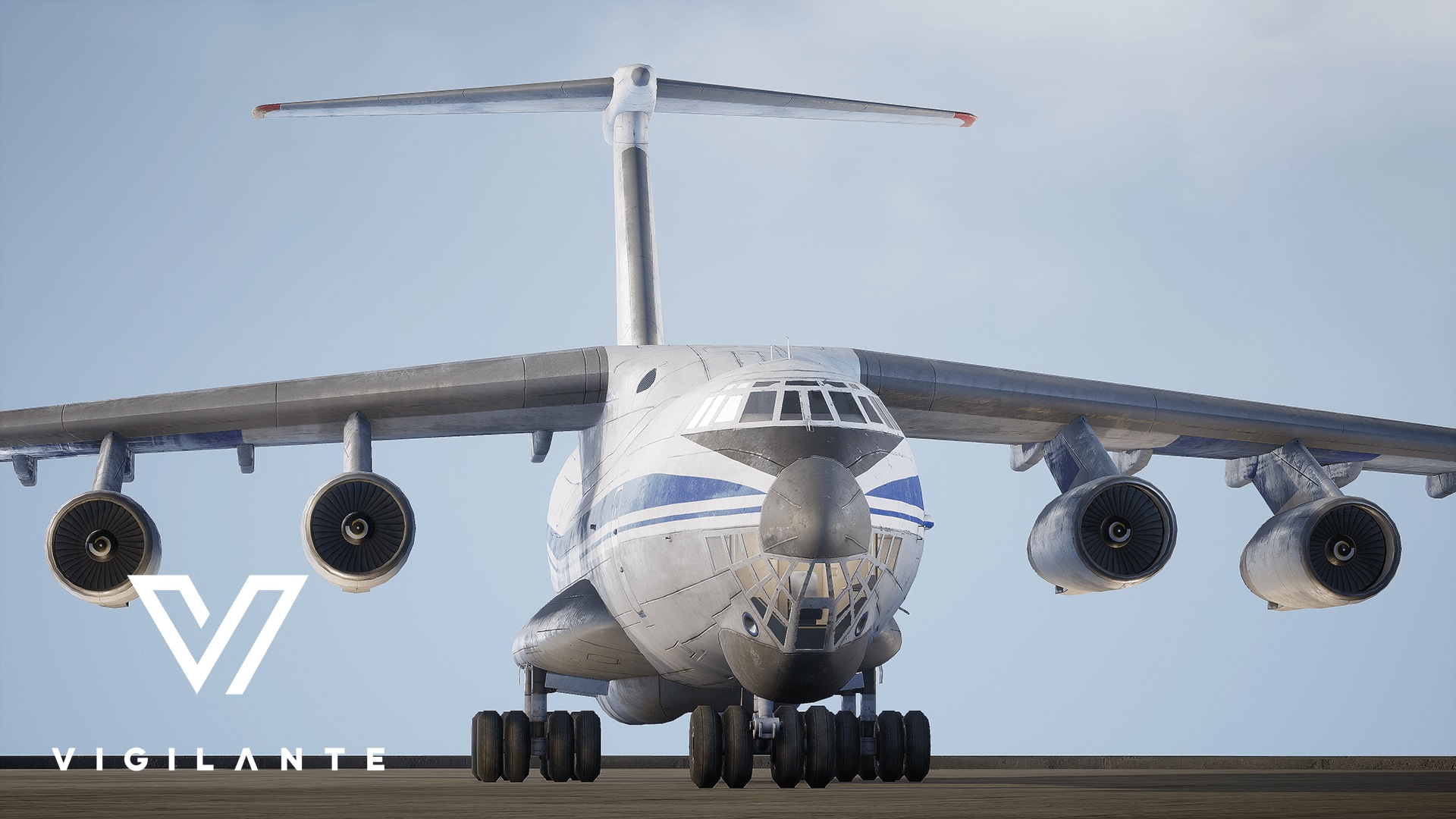 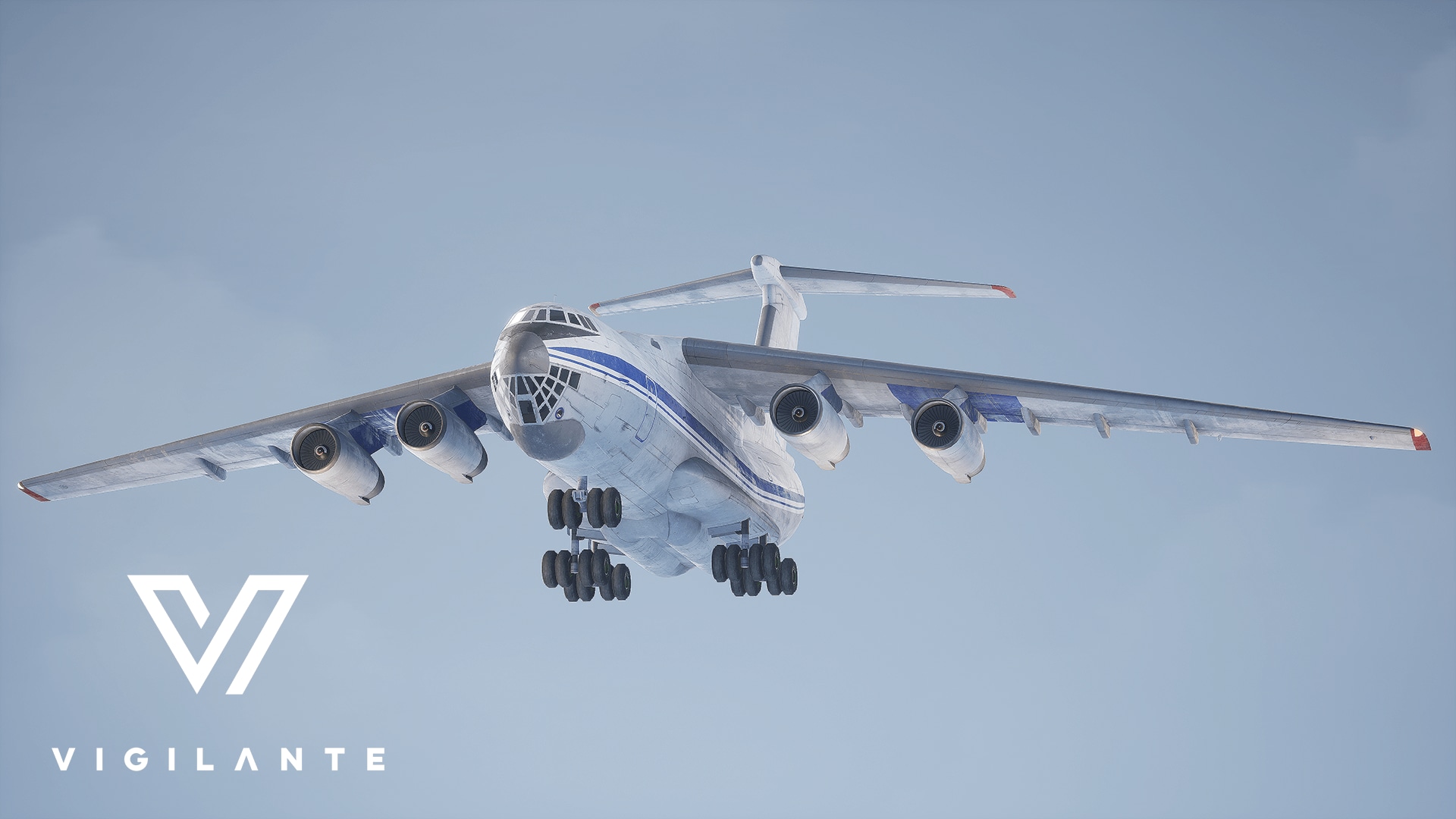 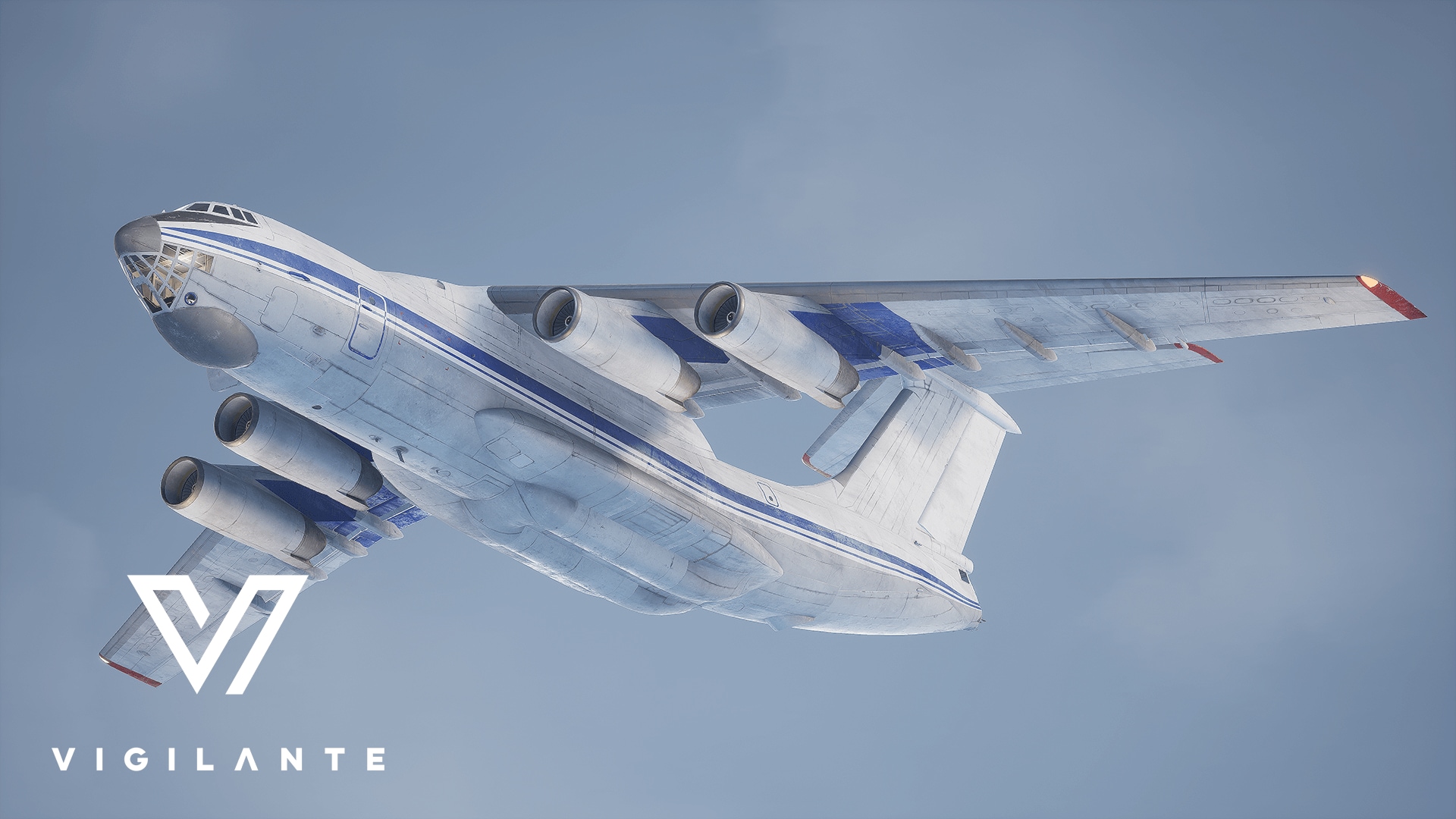 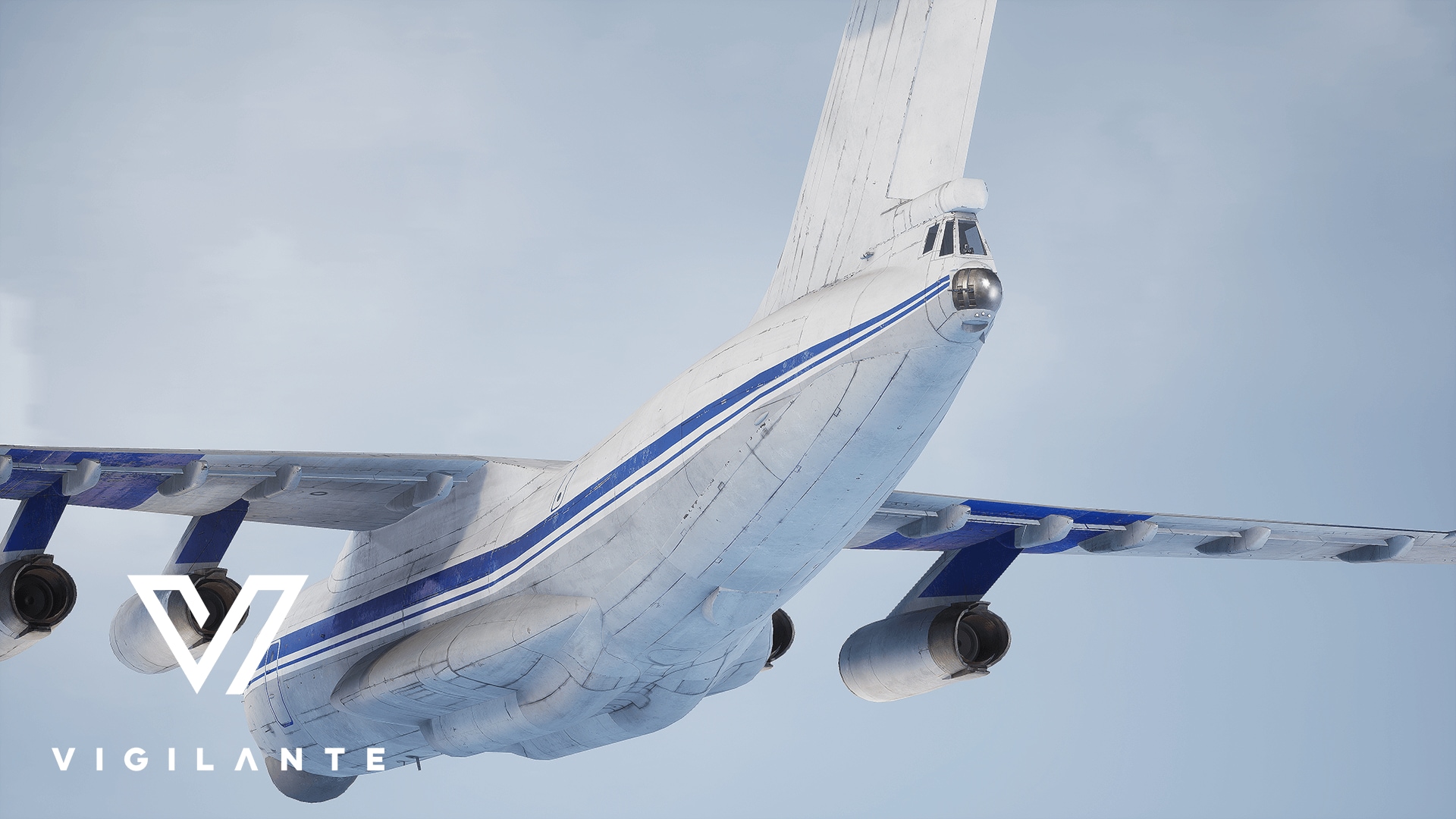 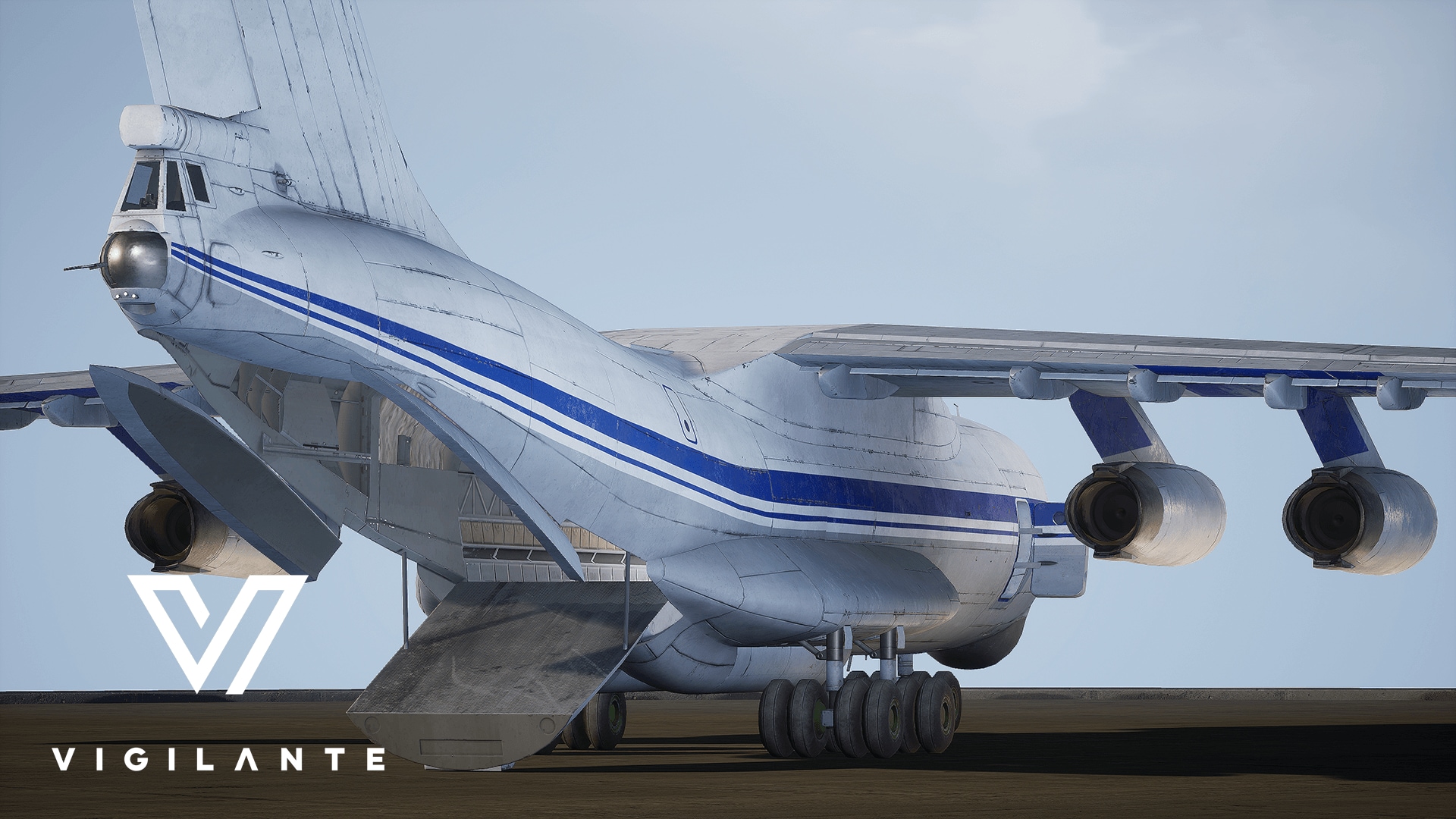 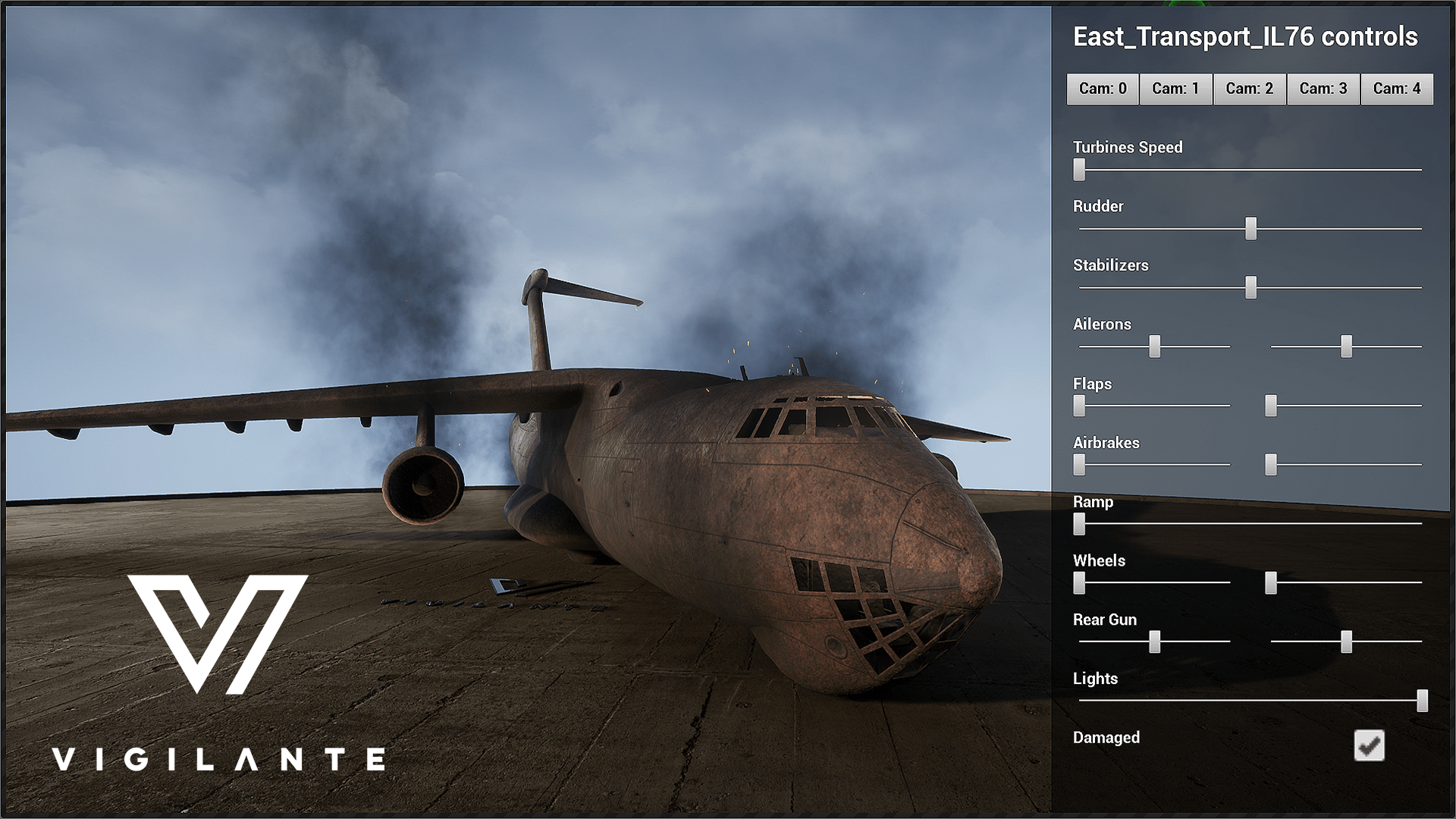 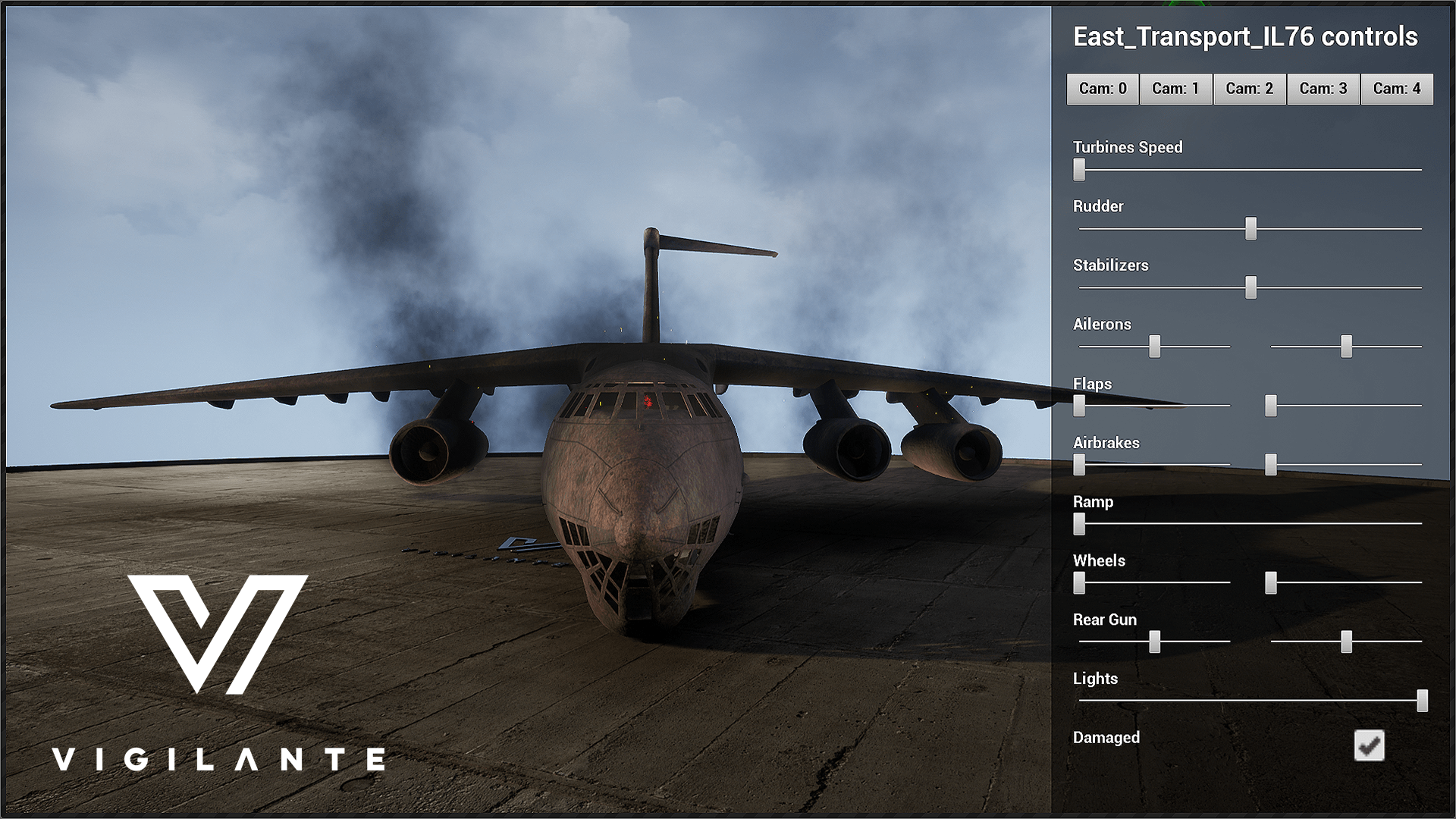 The Vigilante IL-76 Air Tanker is a multi-purpose four-engine turbofan strategic airlifter capable of carrying a payload of 88,000 over a range of 2,700 miles in less than six hours, with the ability to operate from short and unprepared airstrips. This asset includes animated wheels, ailerons, flaps, rudders, turbines, airbrakes, ramp, and rear gun. A destructible state model with damaged geometry, textures, and damage smoke FX is included along with thrust FX.

The vehicle is ready for import into your DIS/HLA (RPR FOM) simulation projects. As such, it is not set up as a traditional Unreal vehicle with an interior but can be modified as needed to suit your purpose. 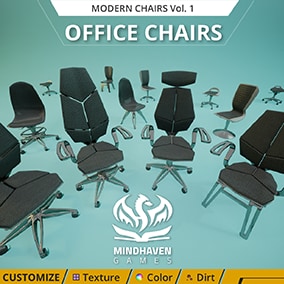 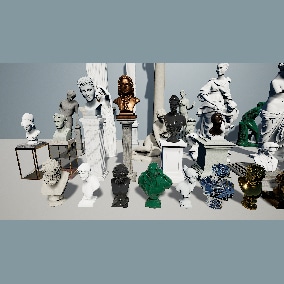 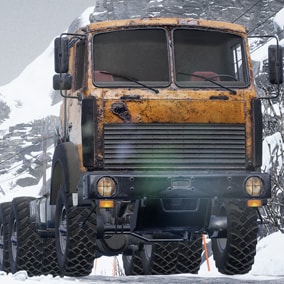 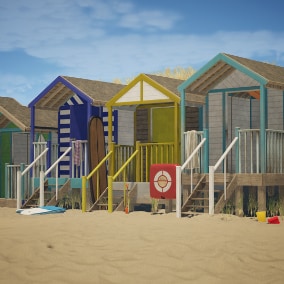 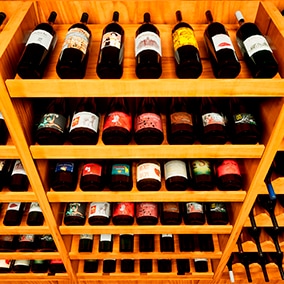