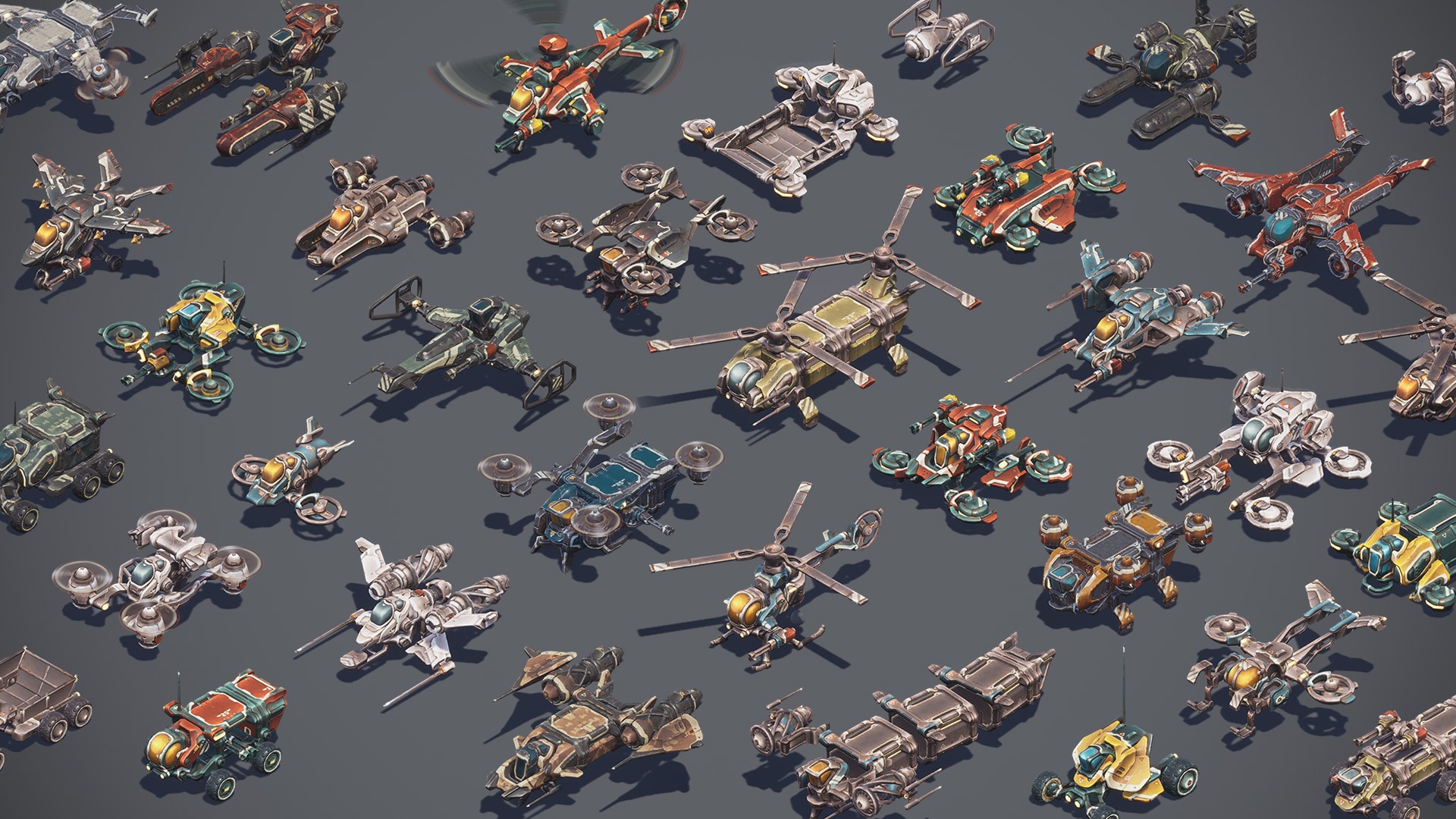 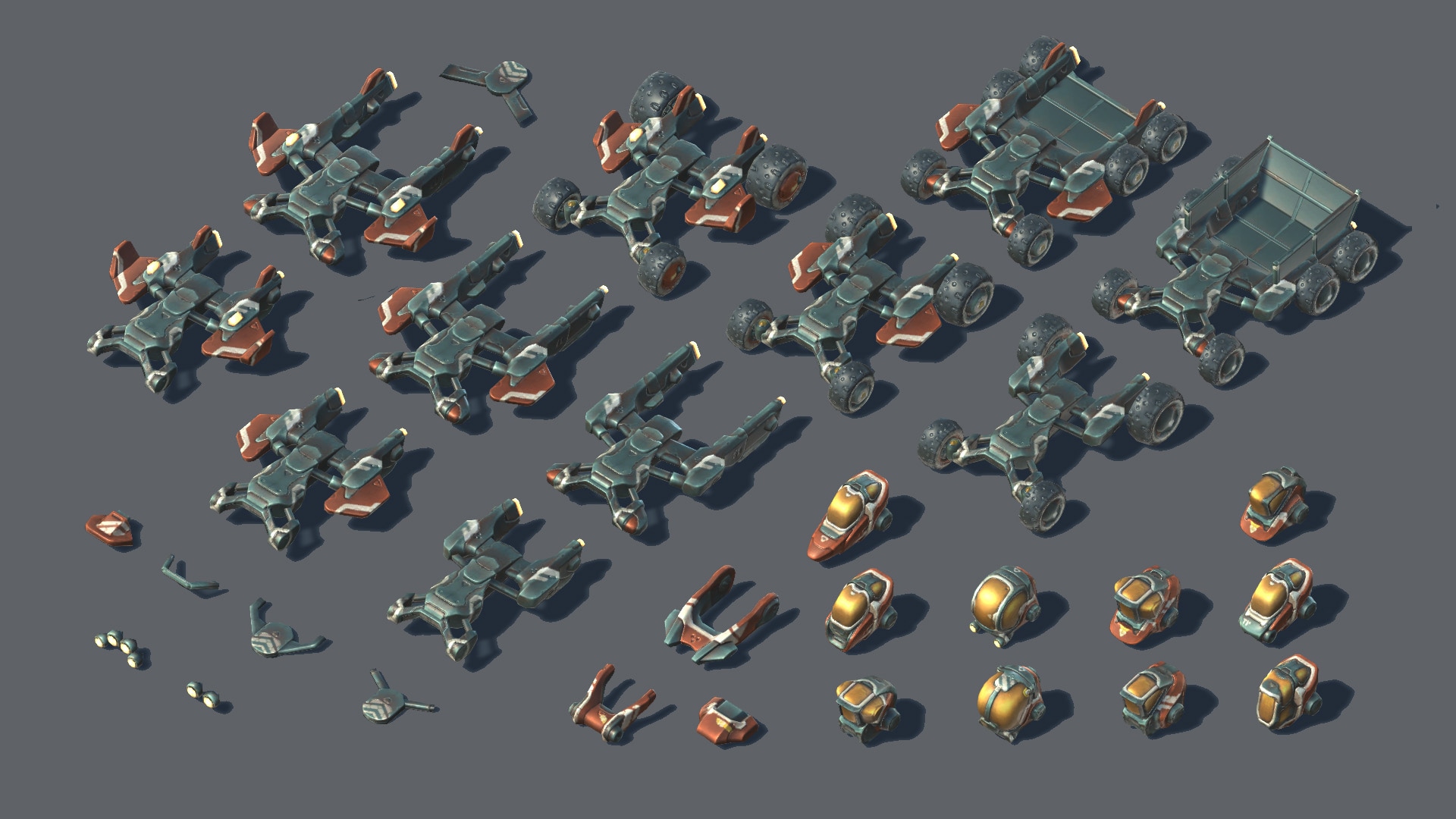 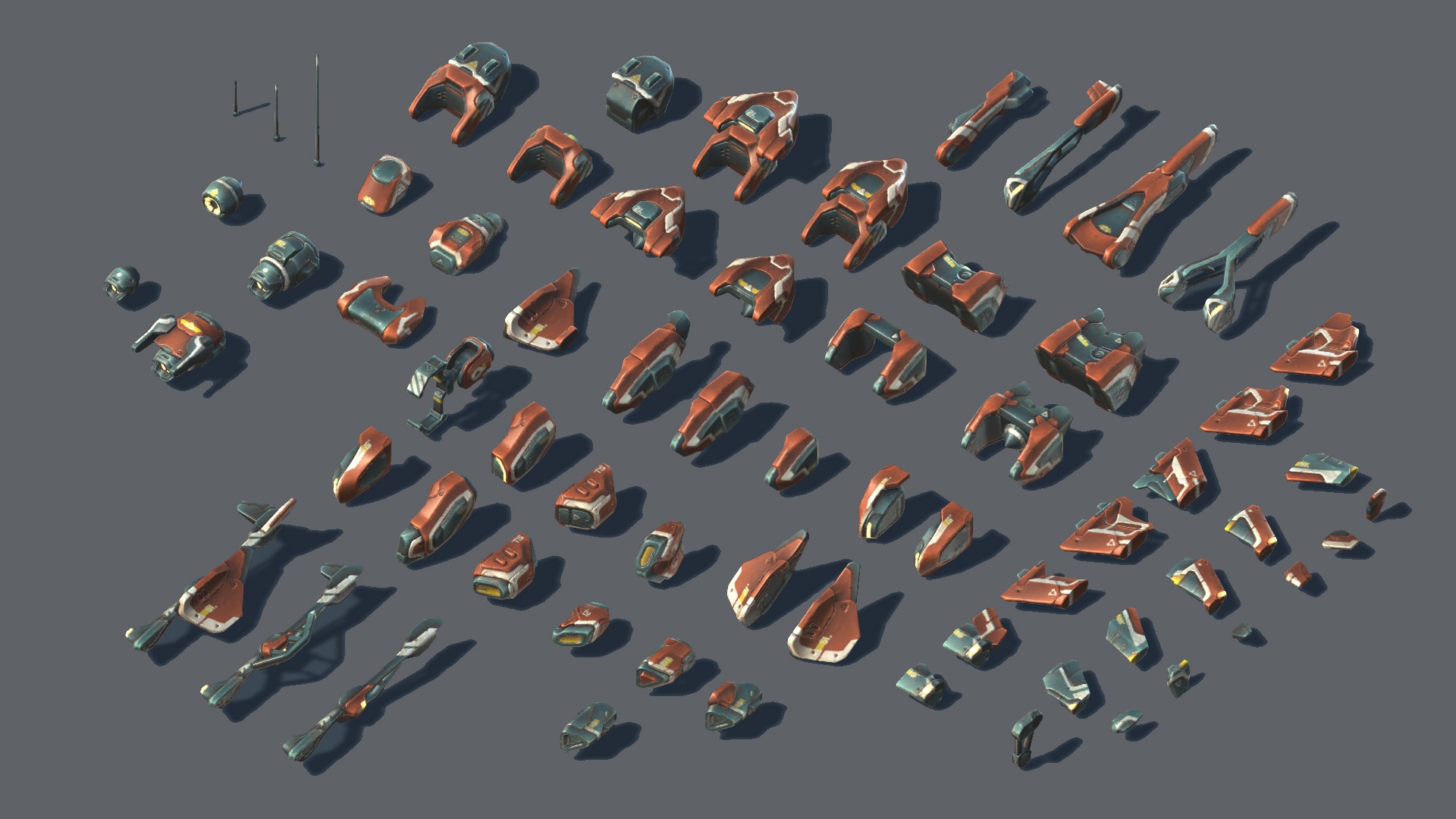 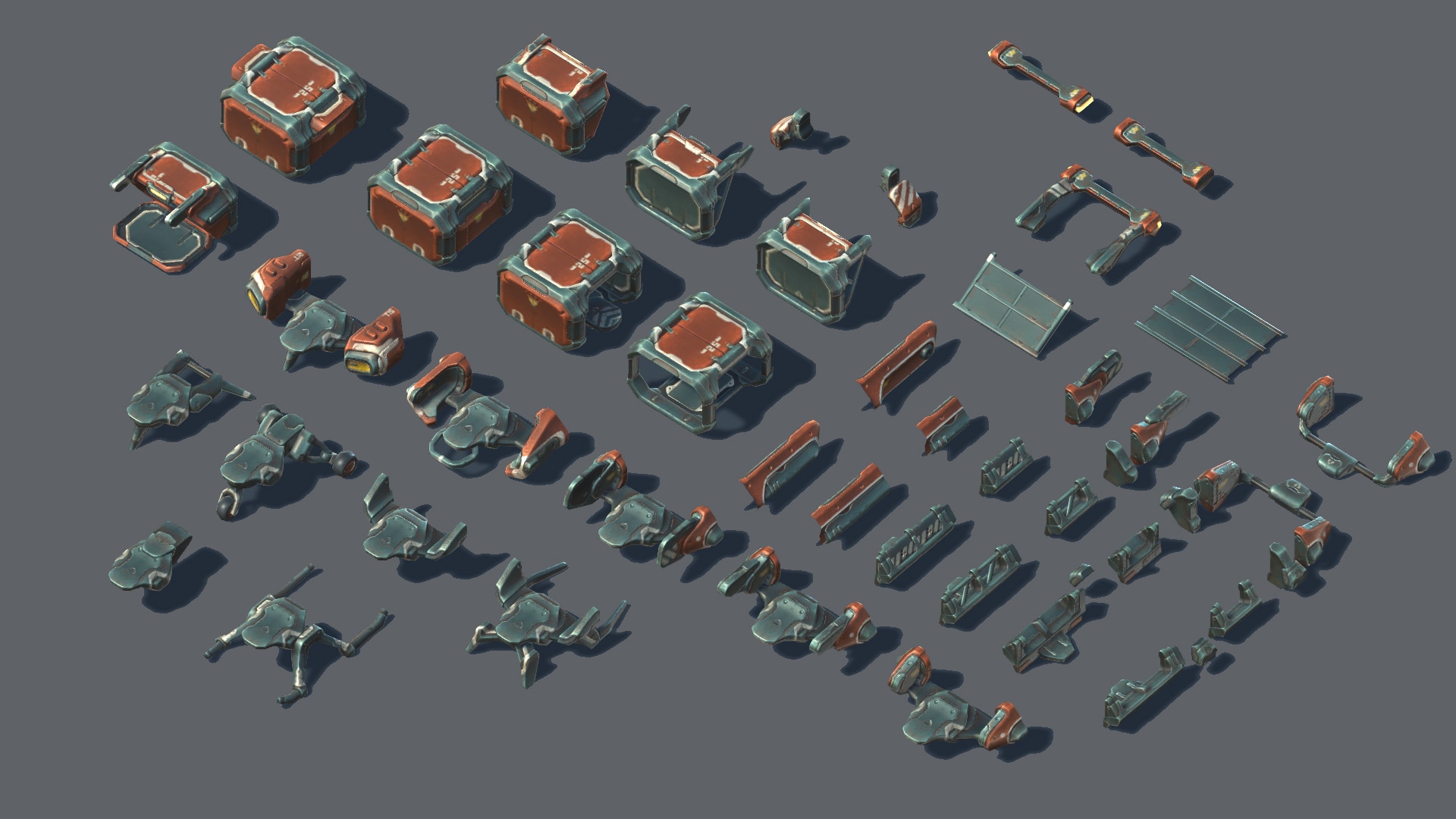 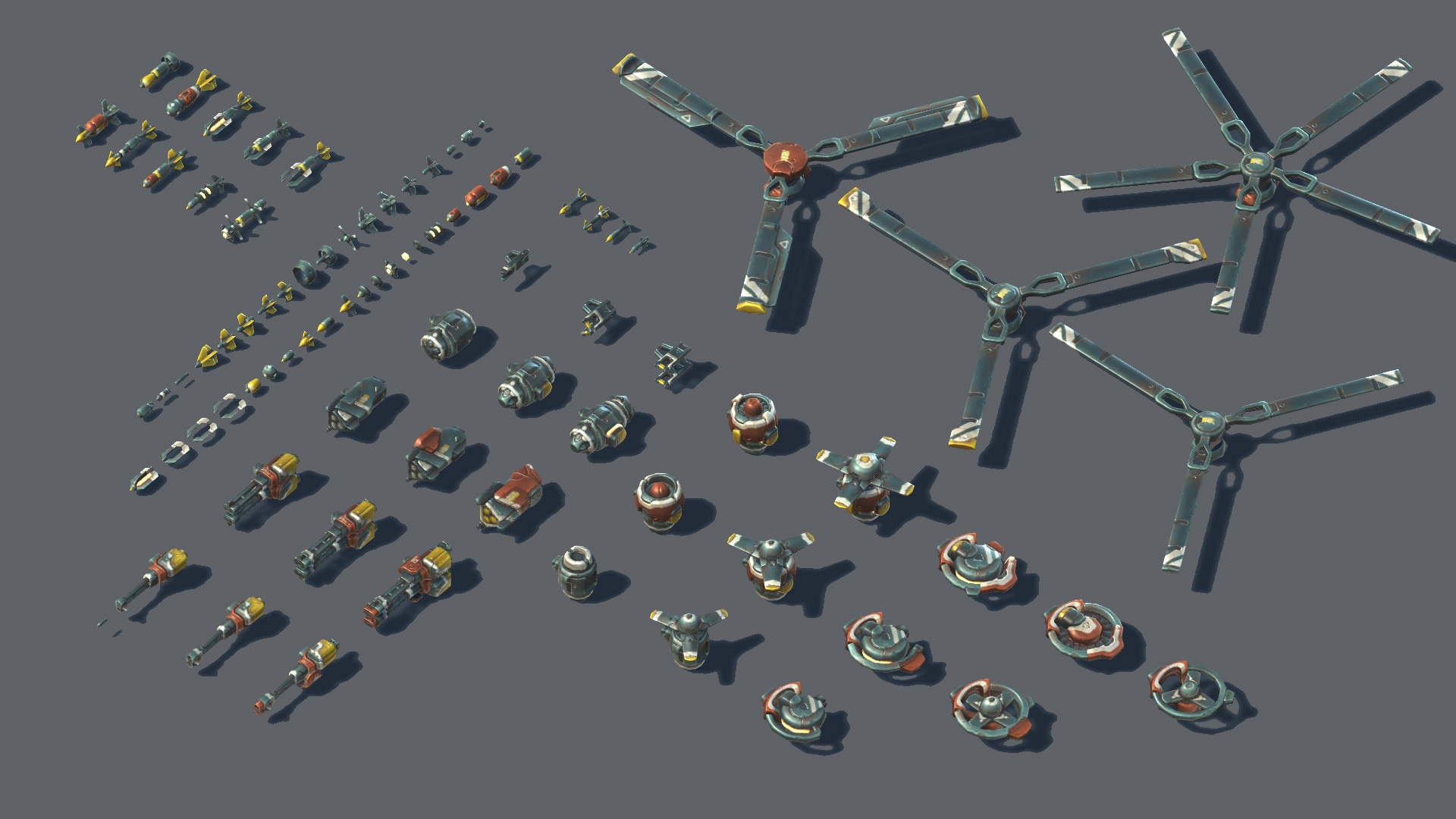 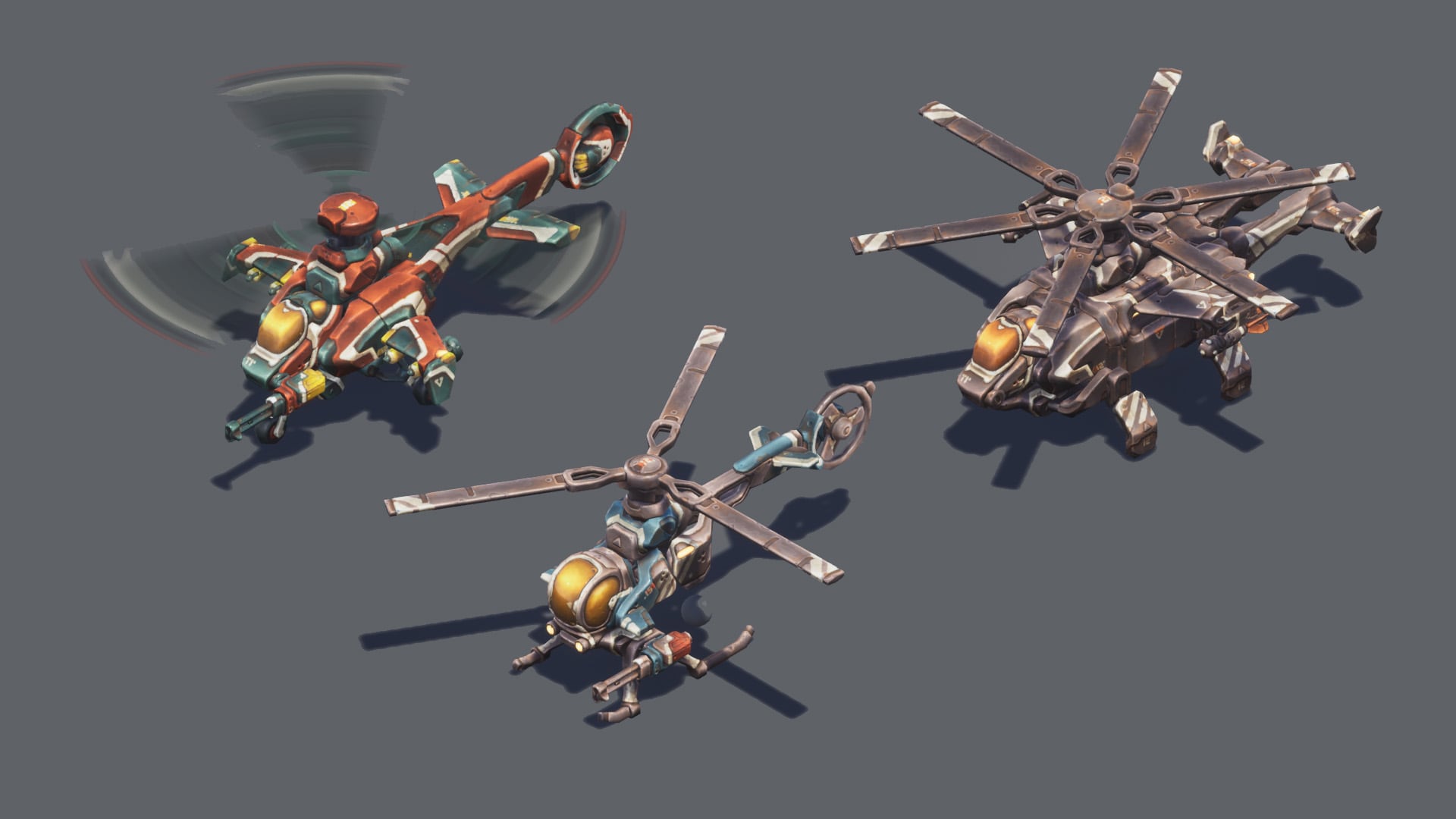 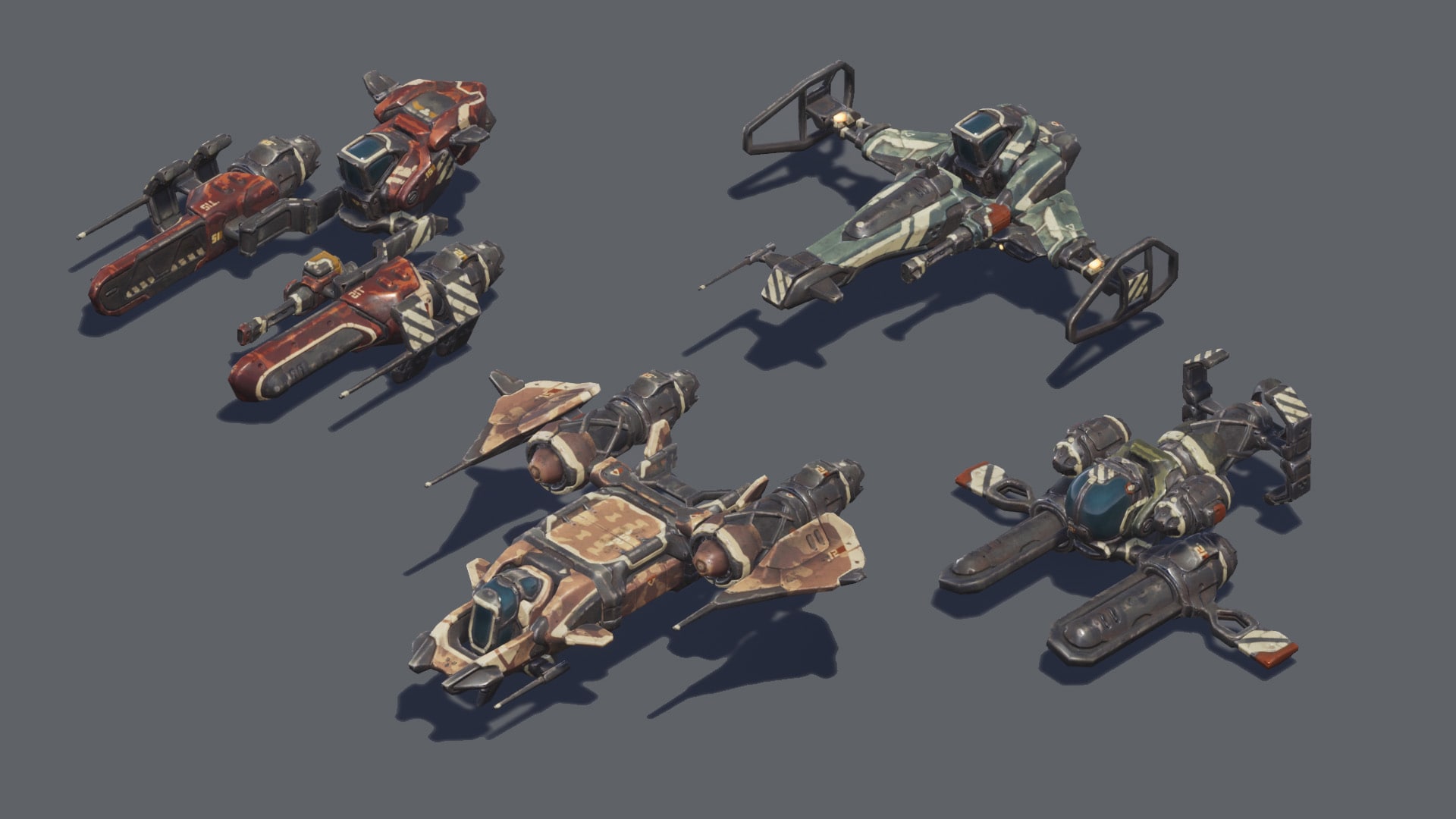 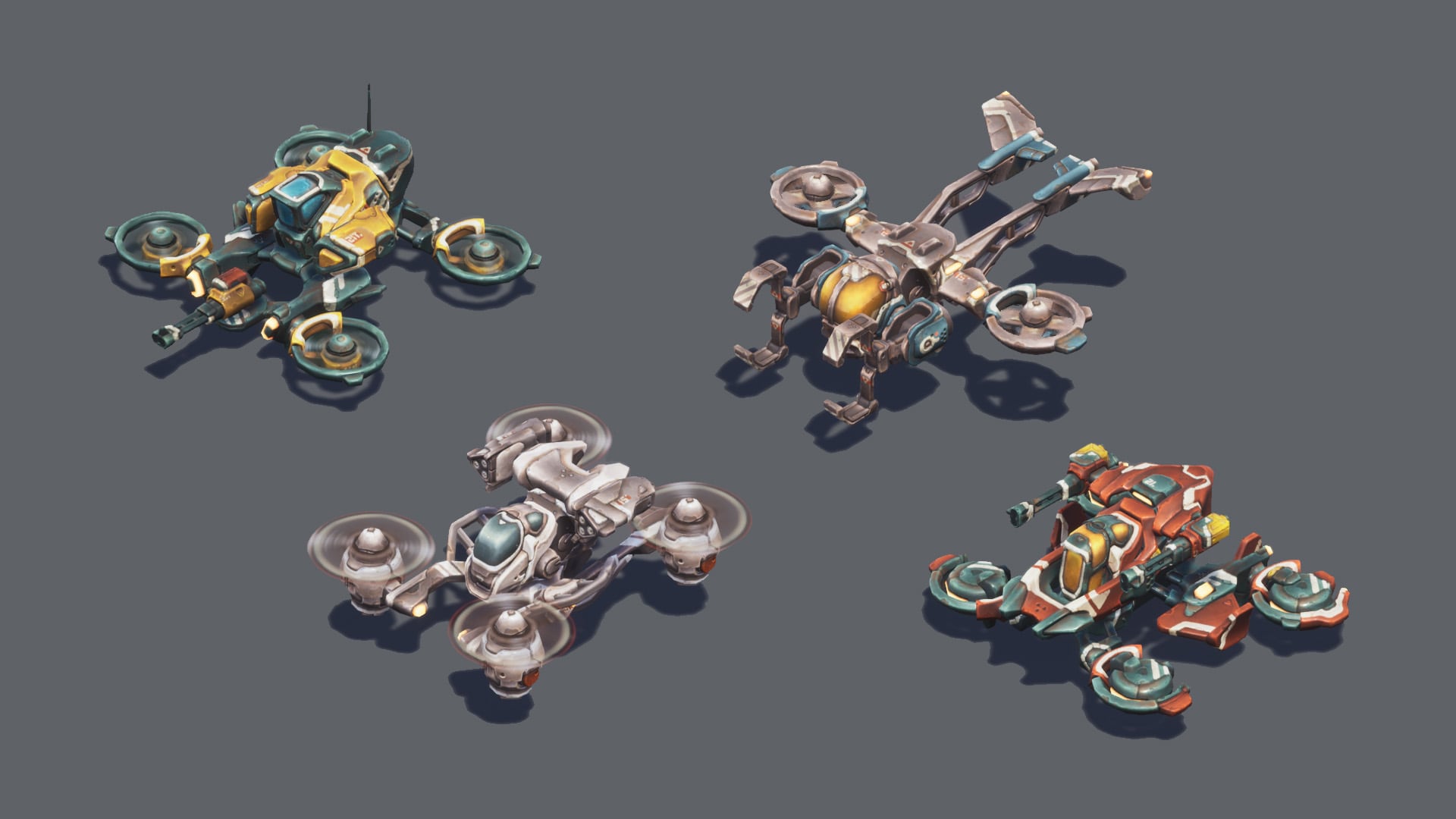 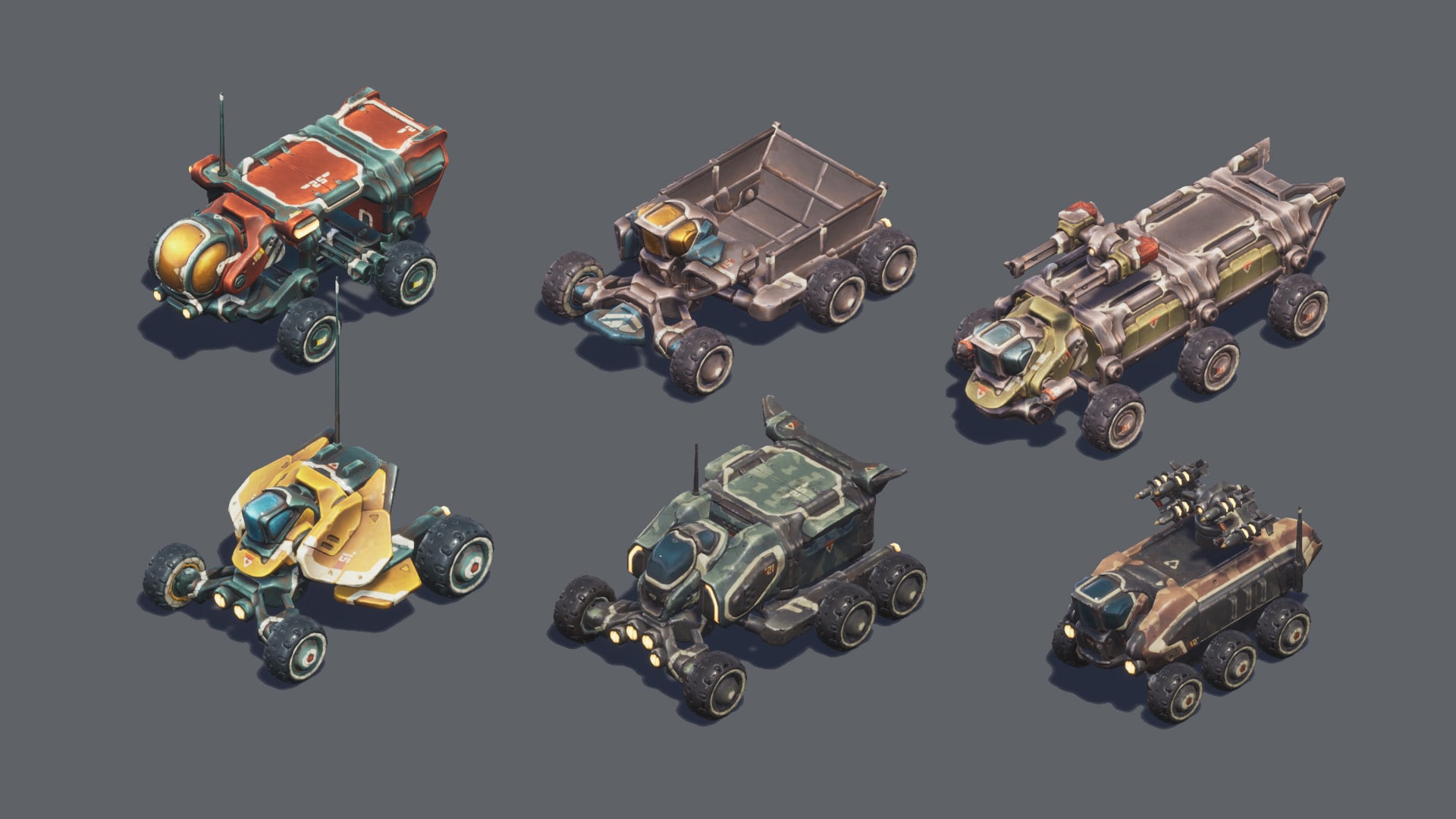 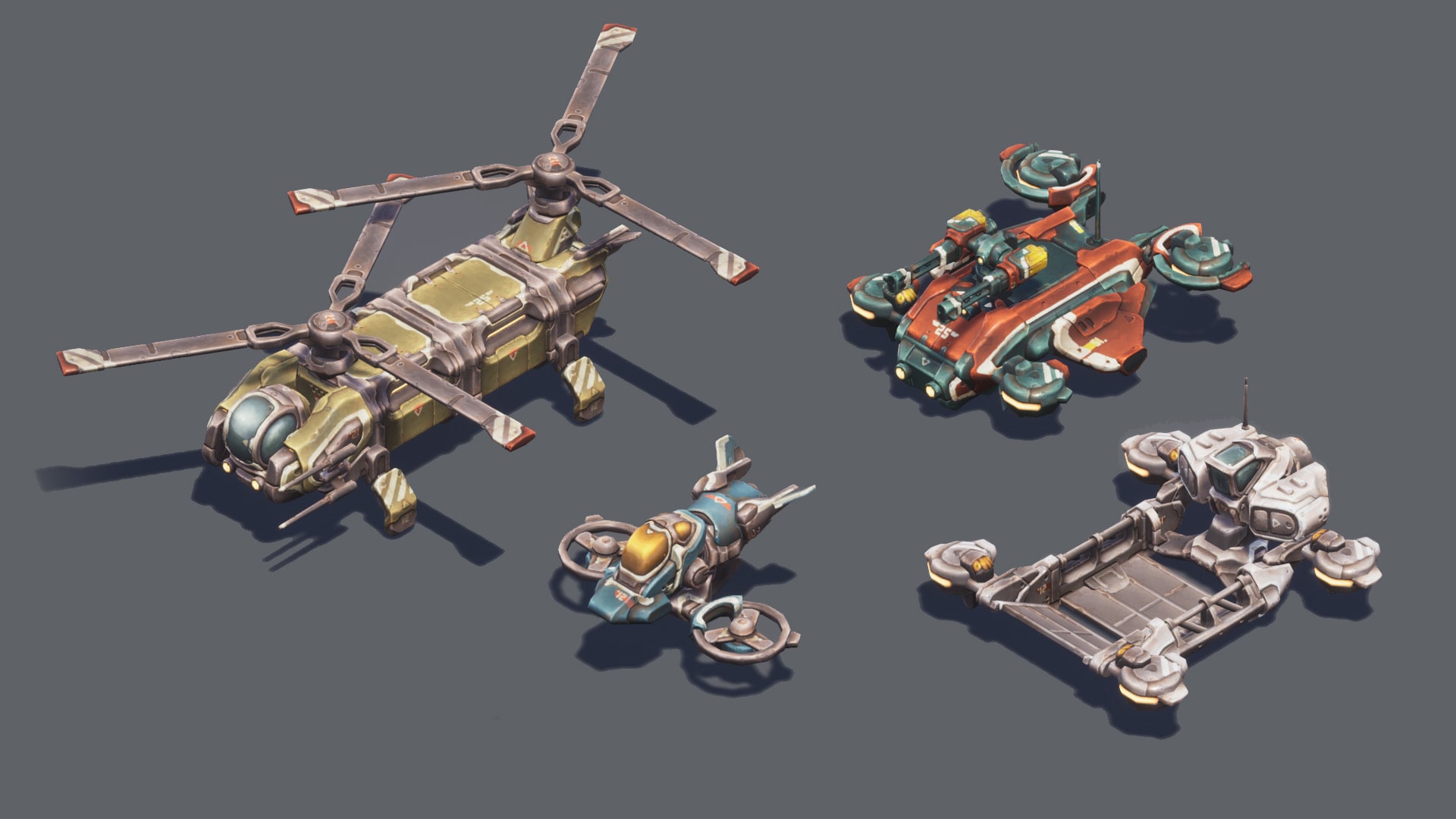 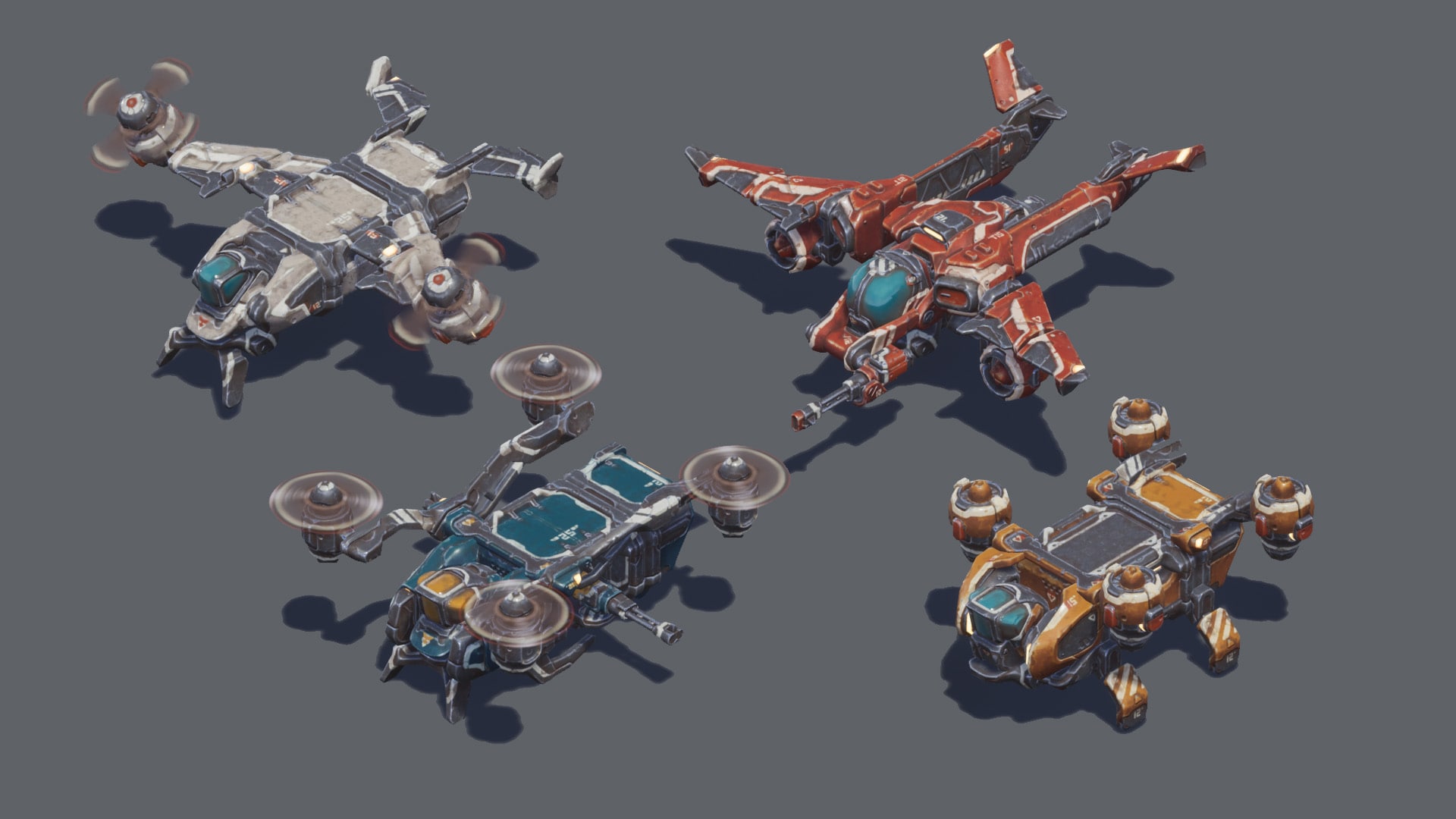 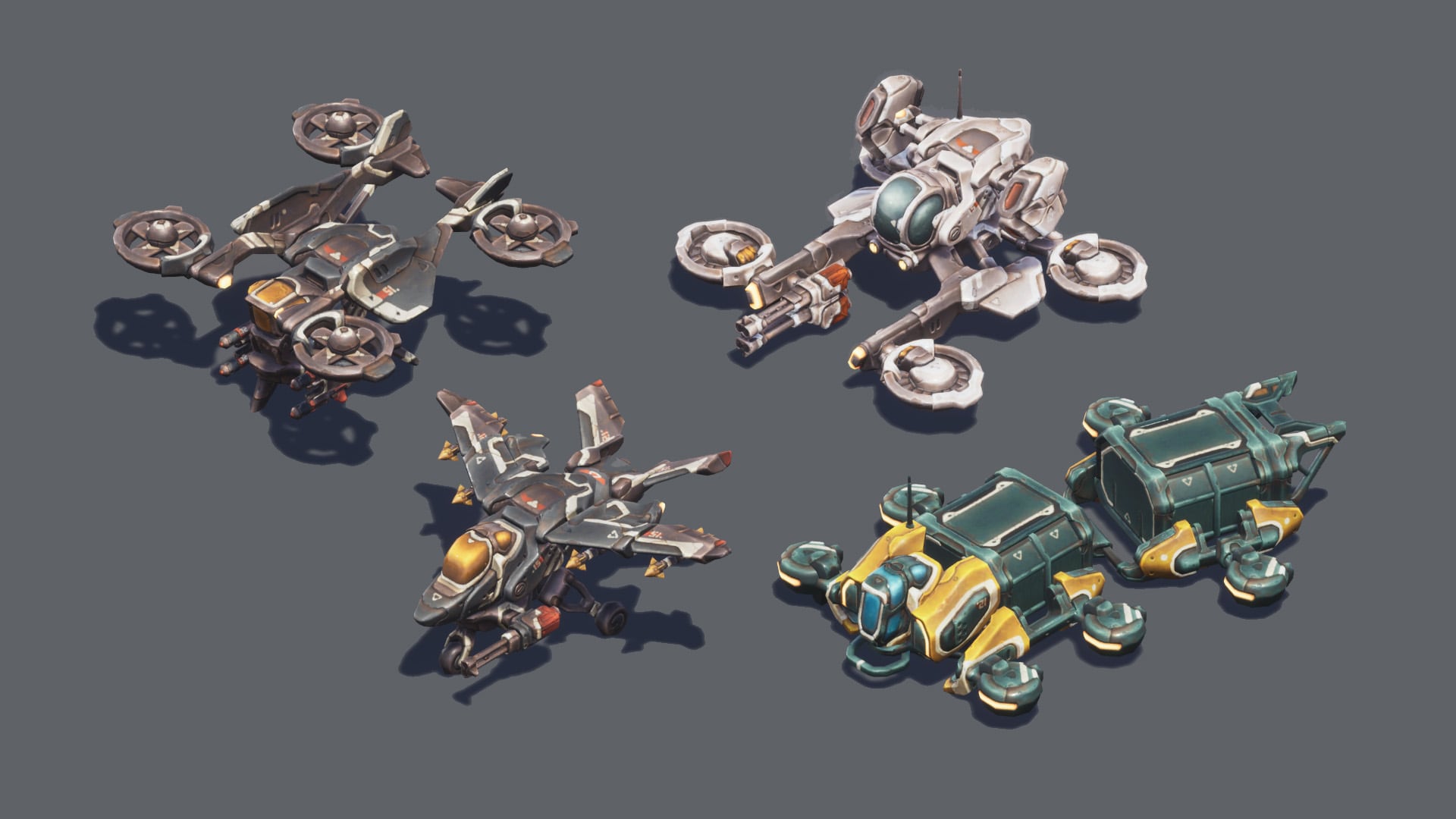 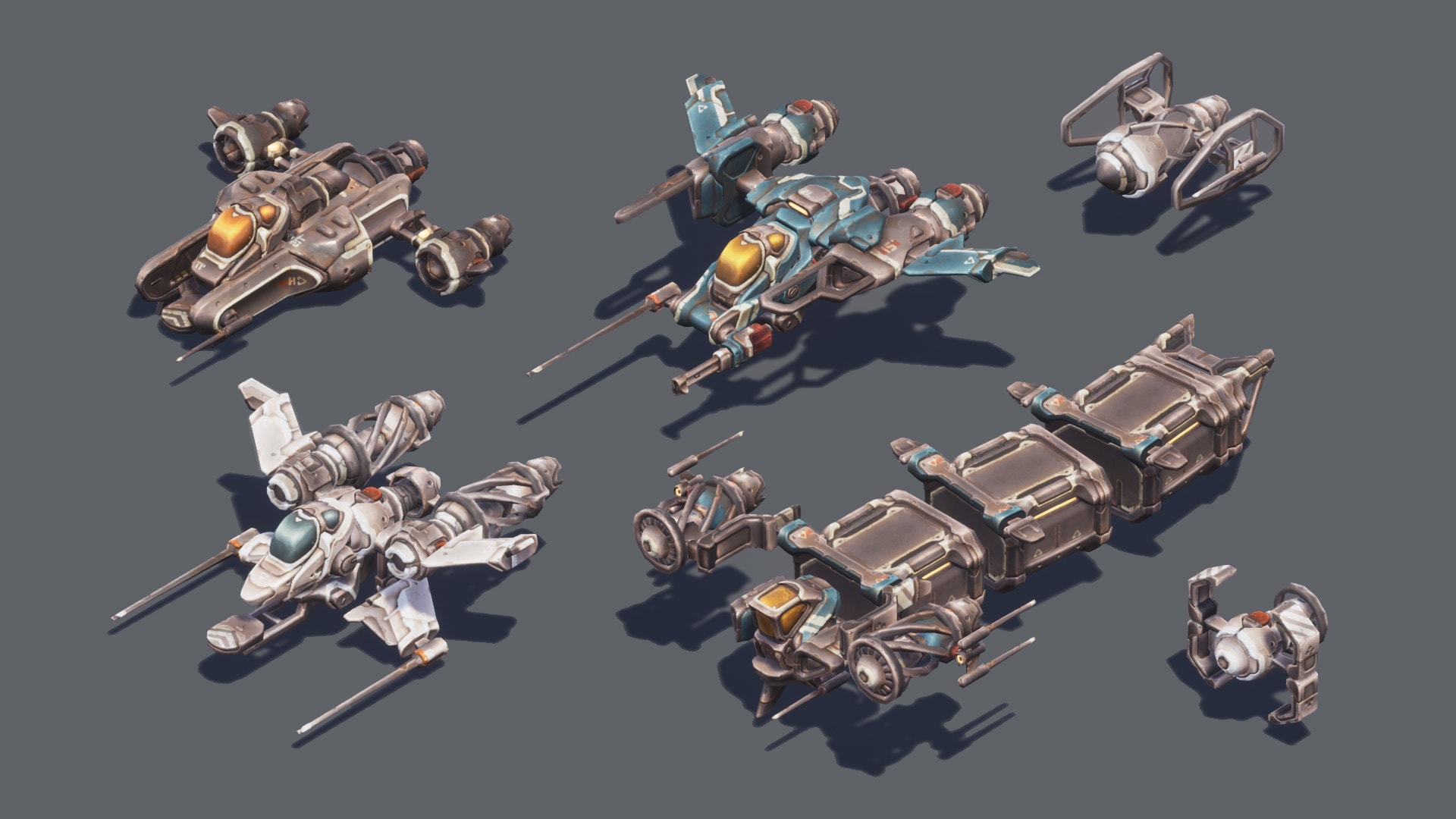 Over 300 modules, that will allow you to create flying, land vehicles and spaceships. Compatible with Mech Constructor robots and turrets.

The pack is a part of Mech Constructor series, and can be expanded by The Spiders and Tanks, The Humanoid Robots, The Turrets, and the other assets. The textures match, and most of the parts are interchangeable.

The pack contains over 300 different modules, that will allow you to create numerous combinations of flying, land vehicles and spaceships. Demo level contains 35 assembled units. The poly count of units varies from 4000 to 8000 tris.

The units are assembled by putting the corresponding parts into their sockets:

Number of Materials and Material Instances: 2 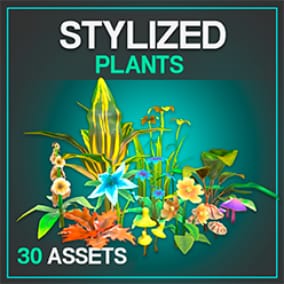 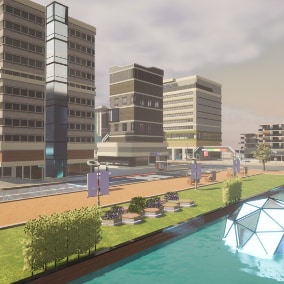 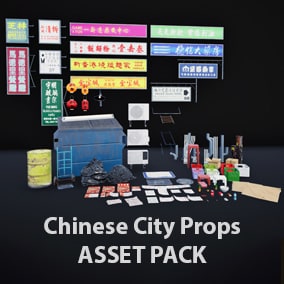 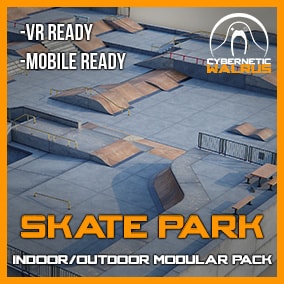