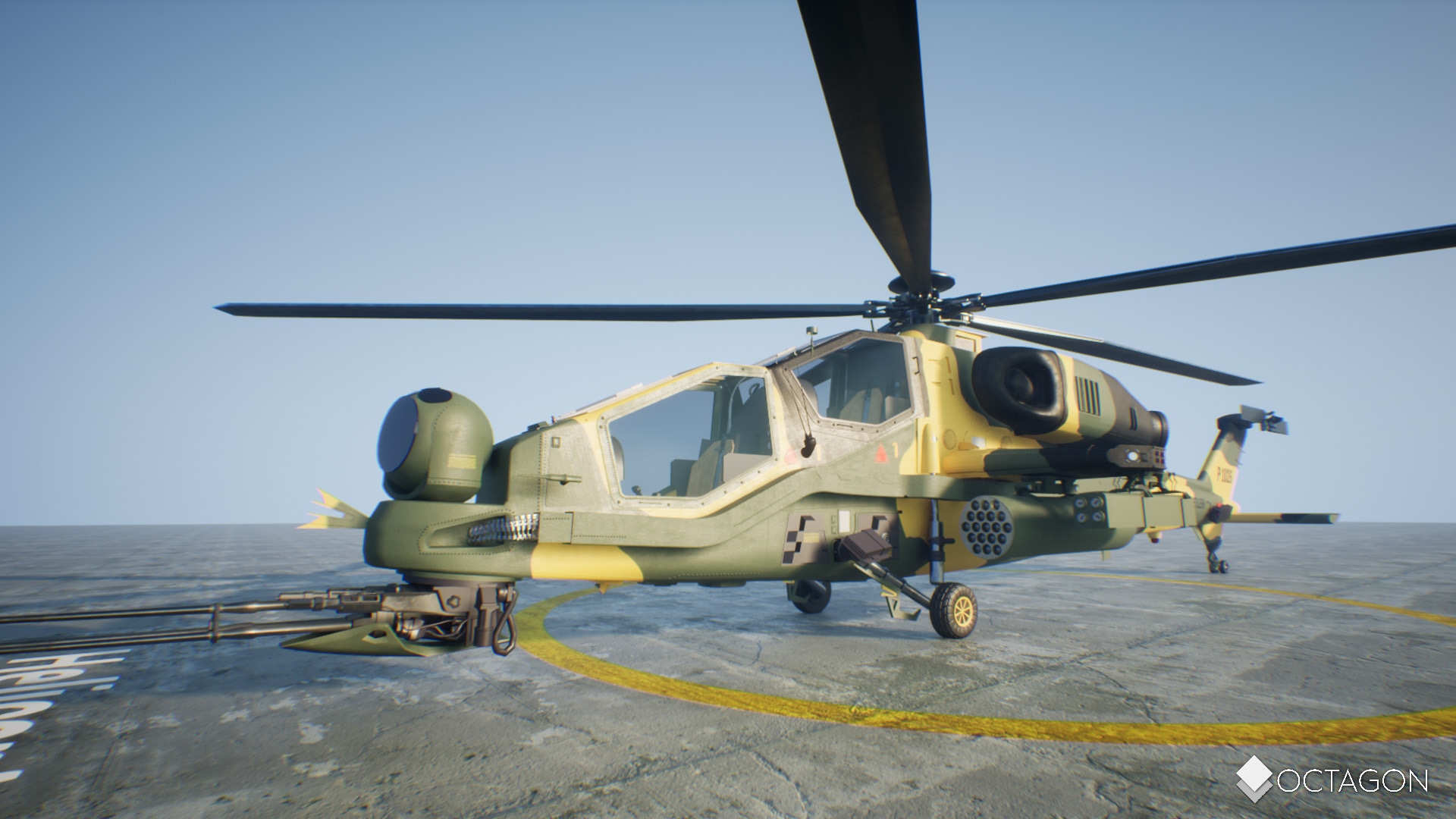 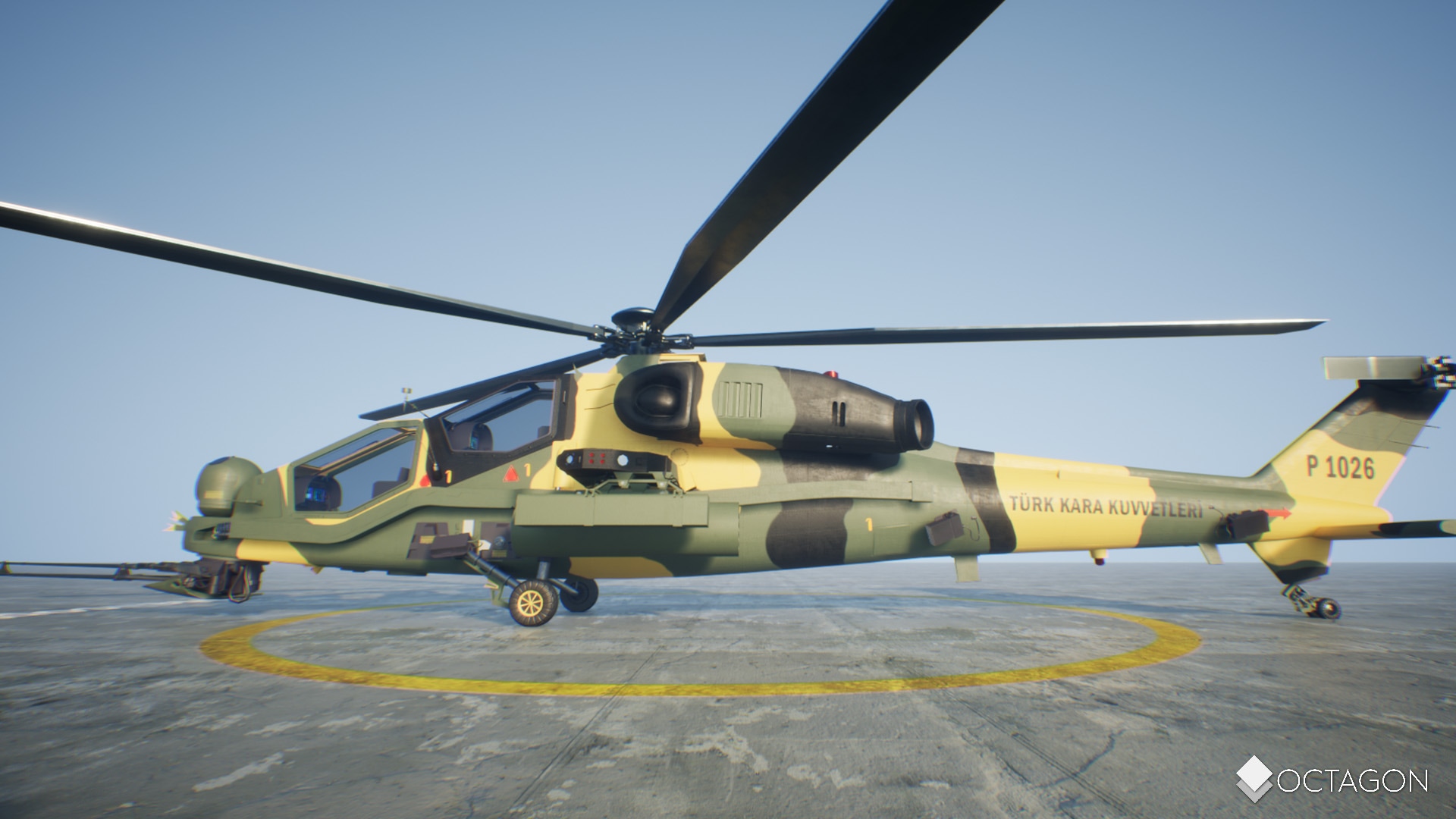 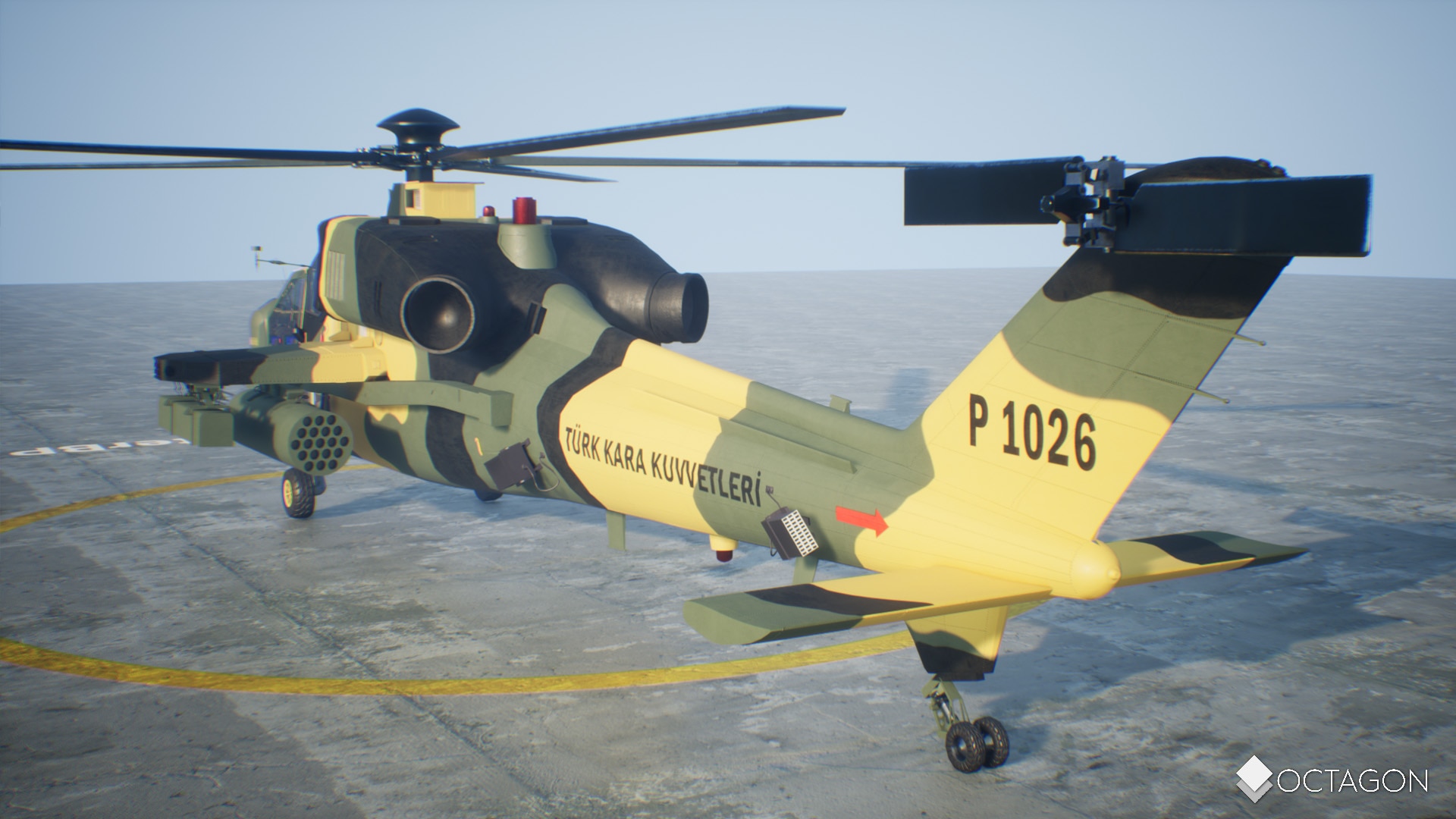 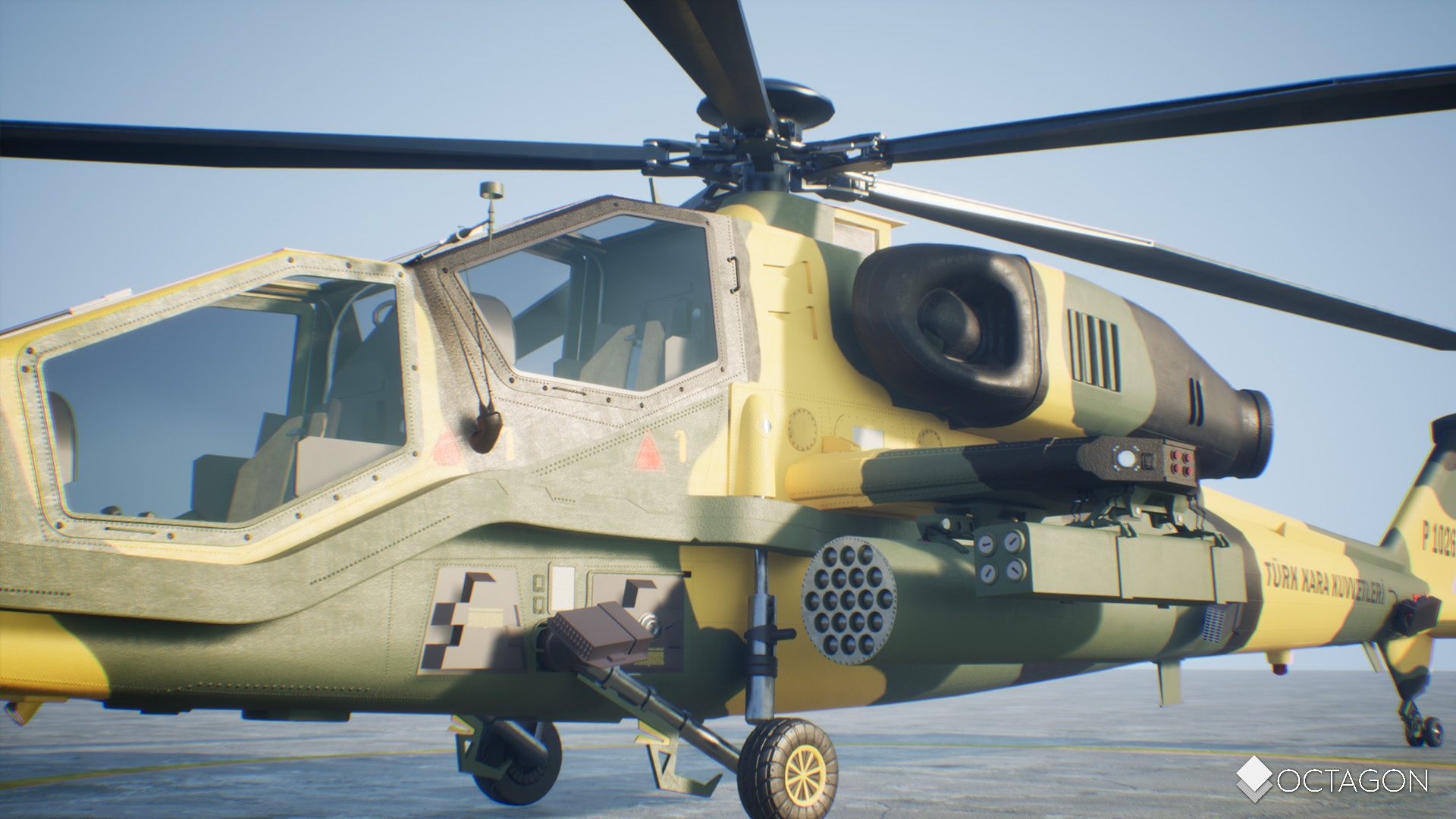 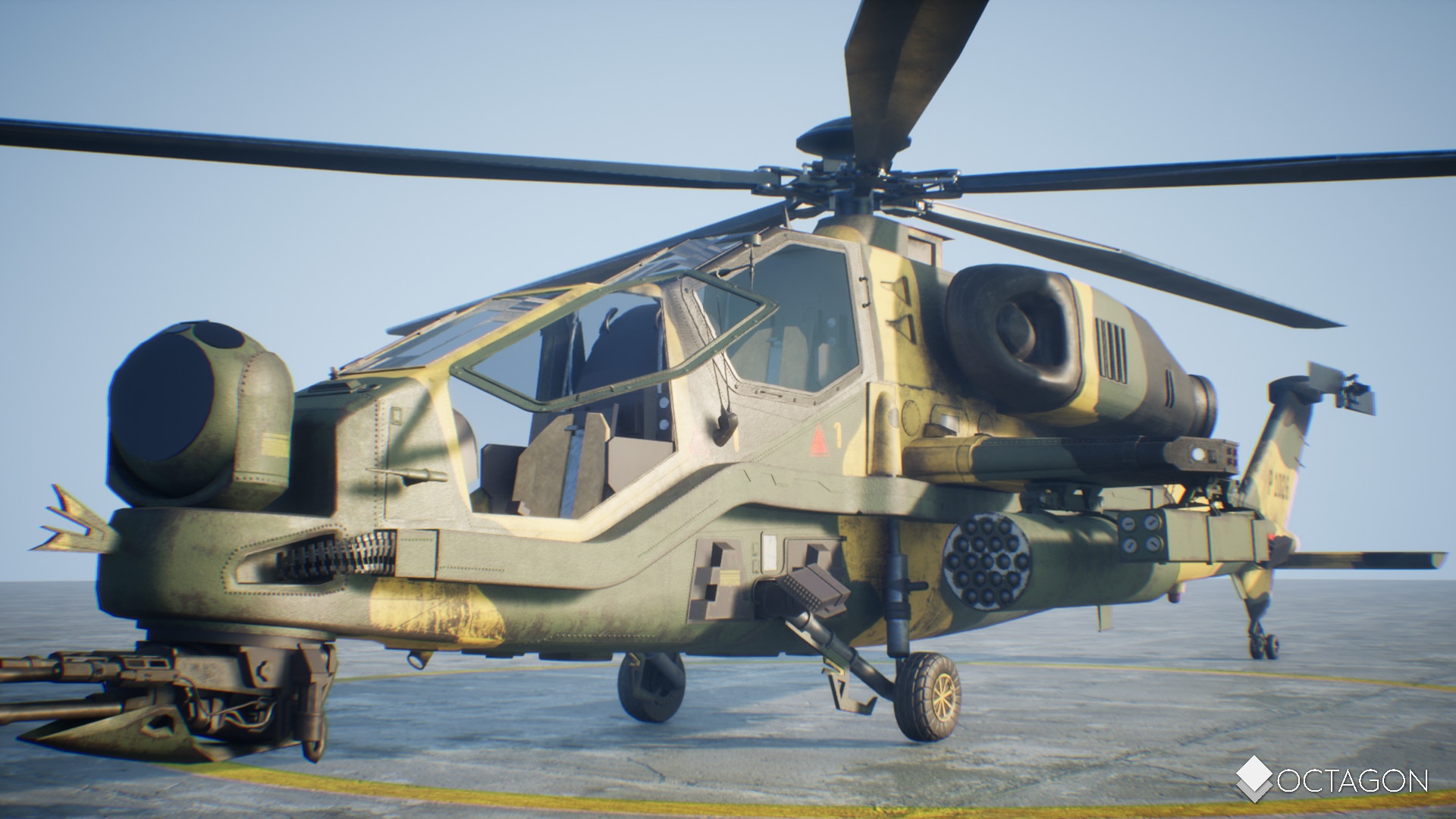 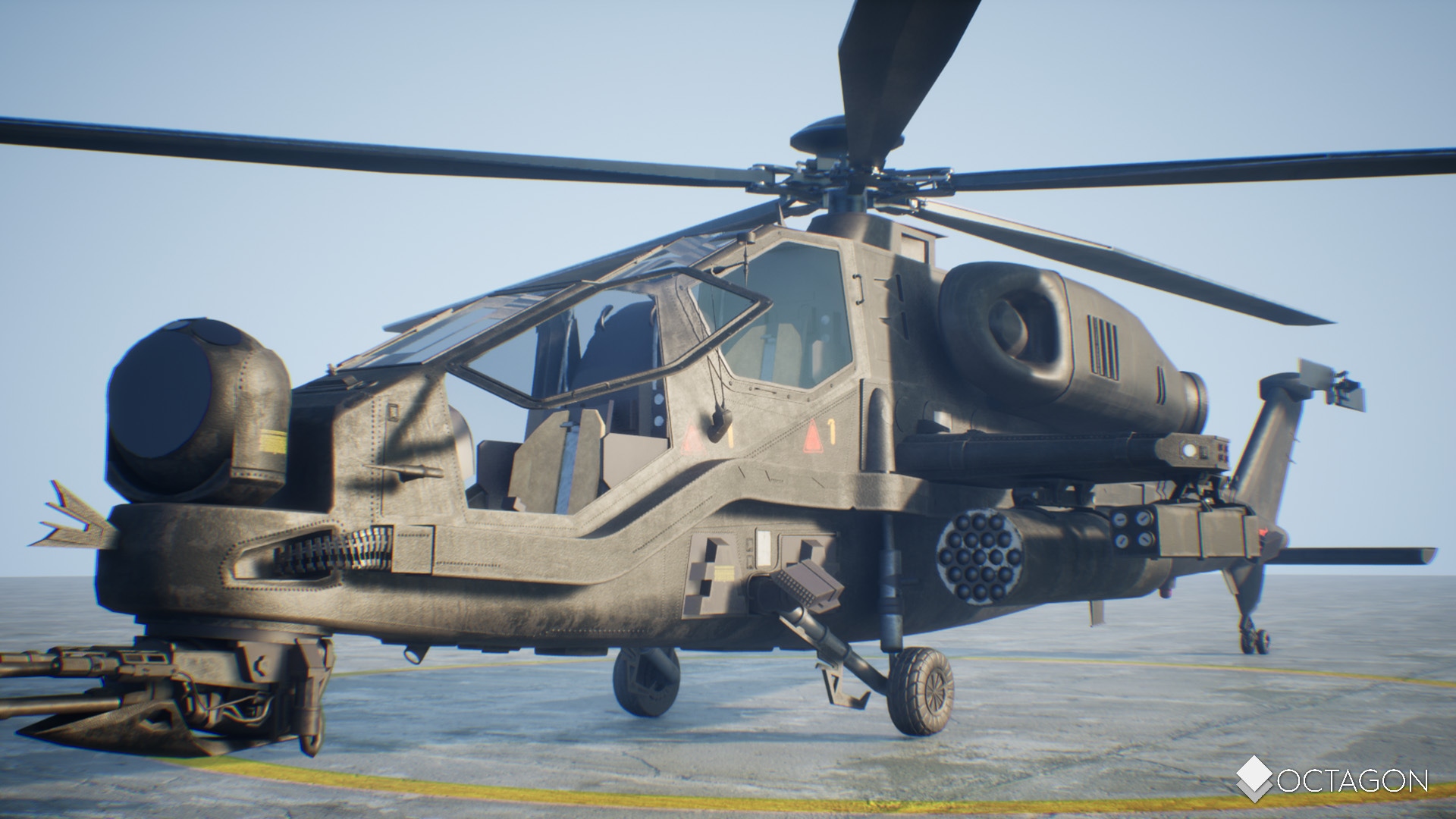 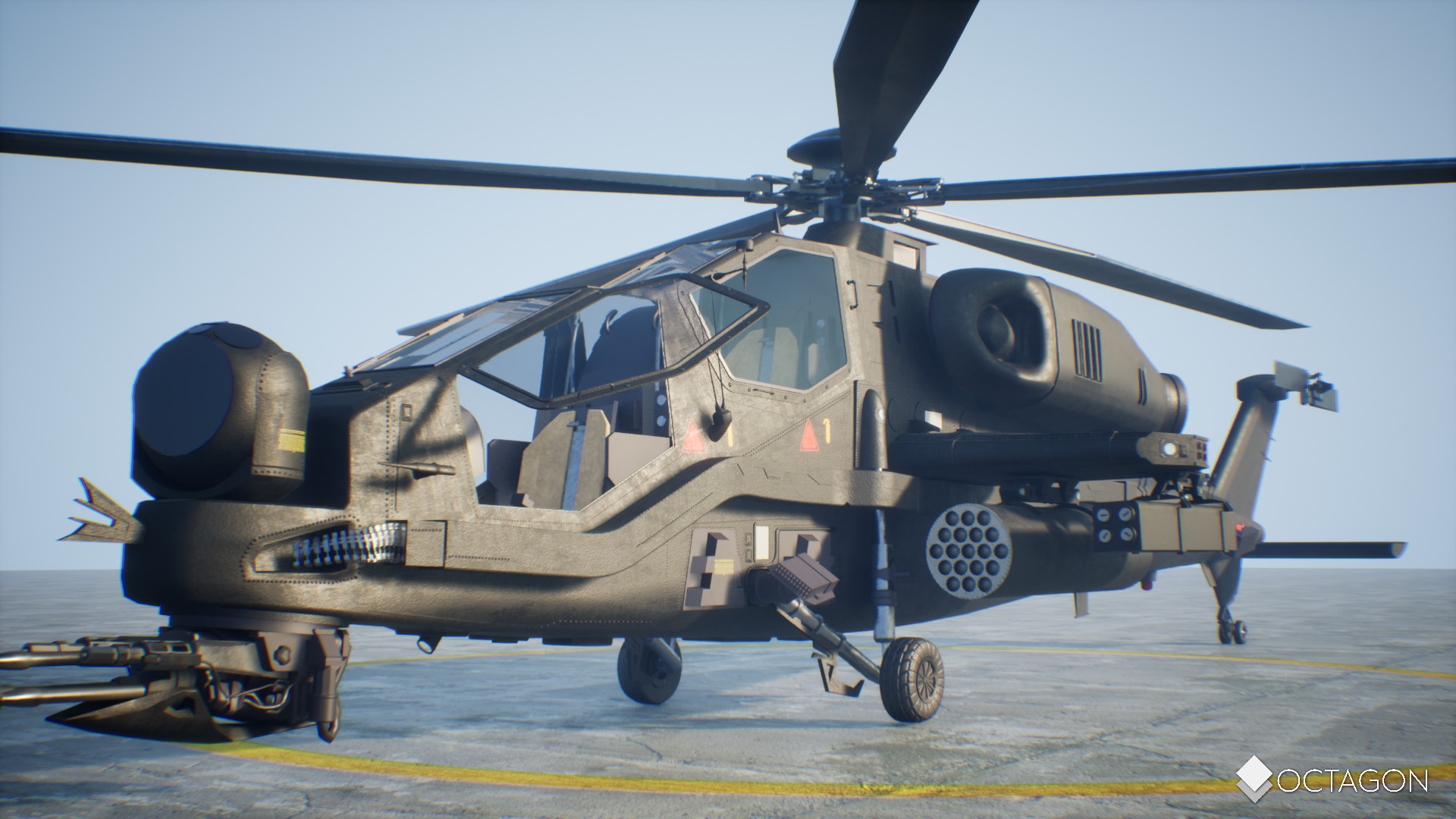 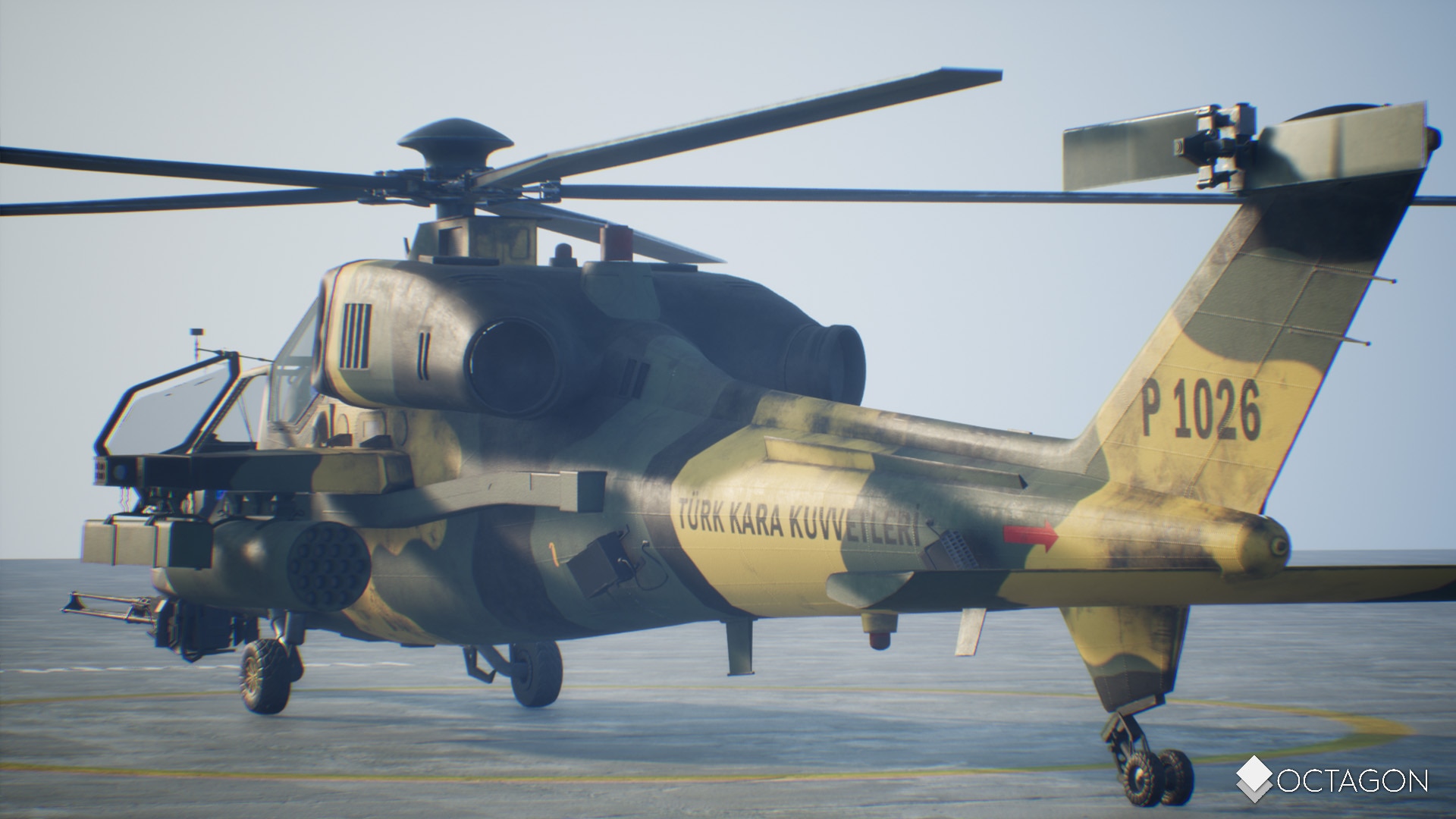 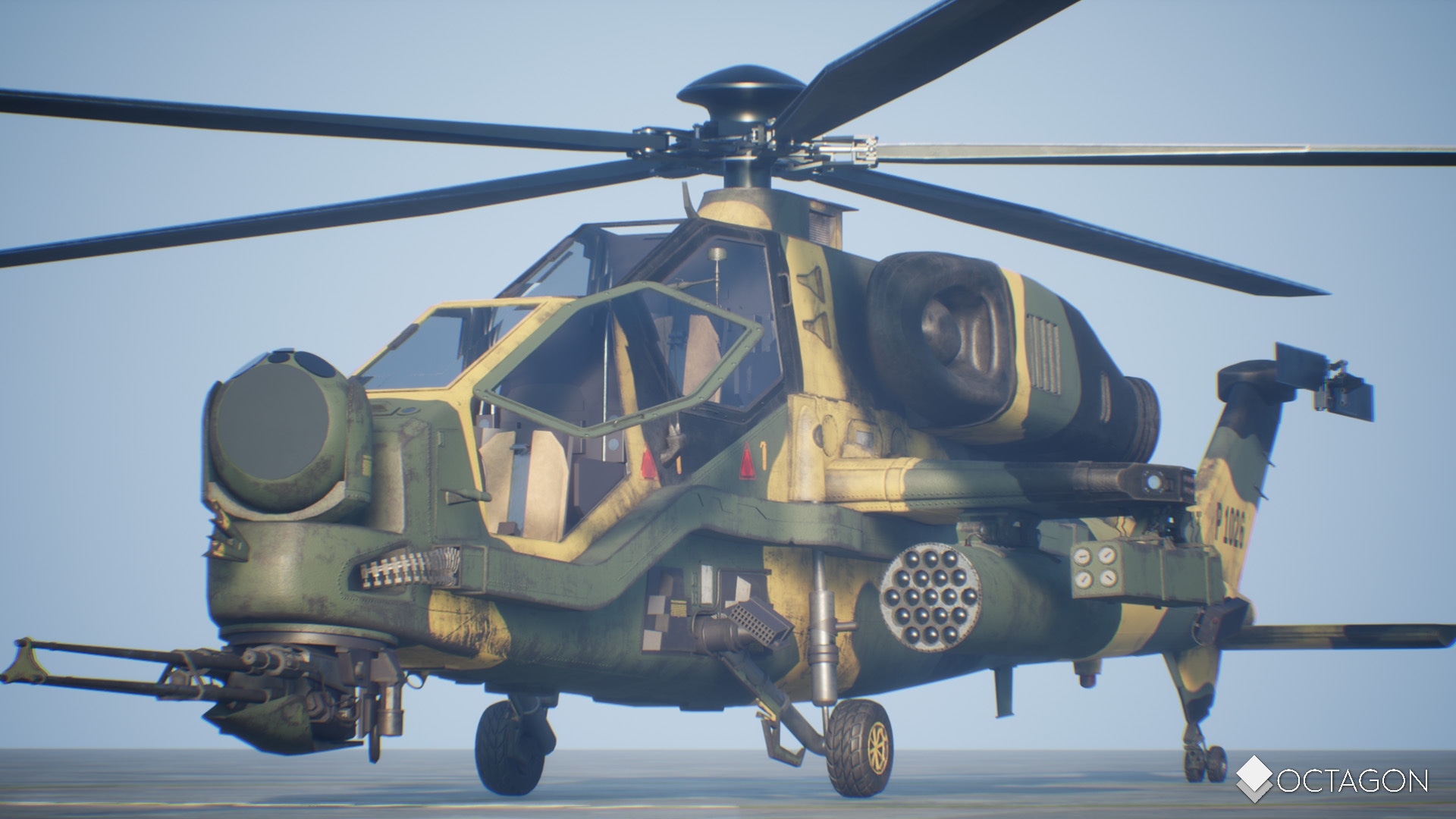 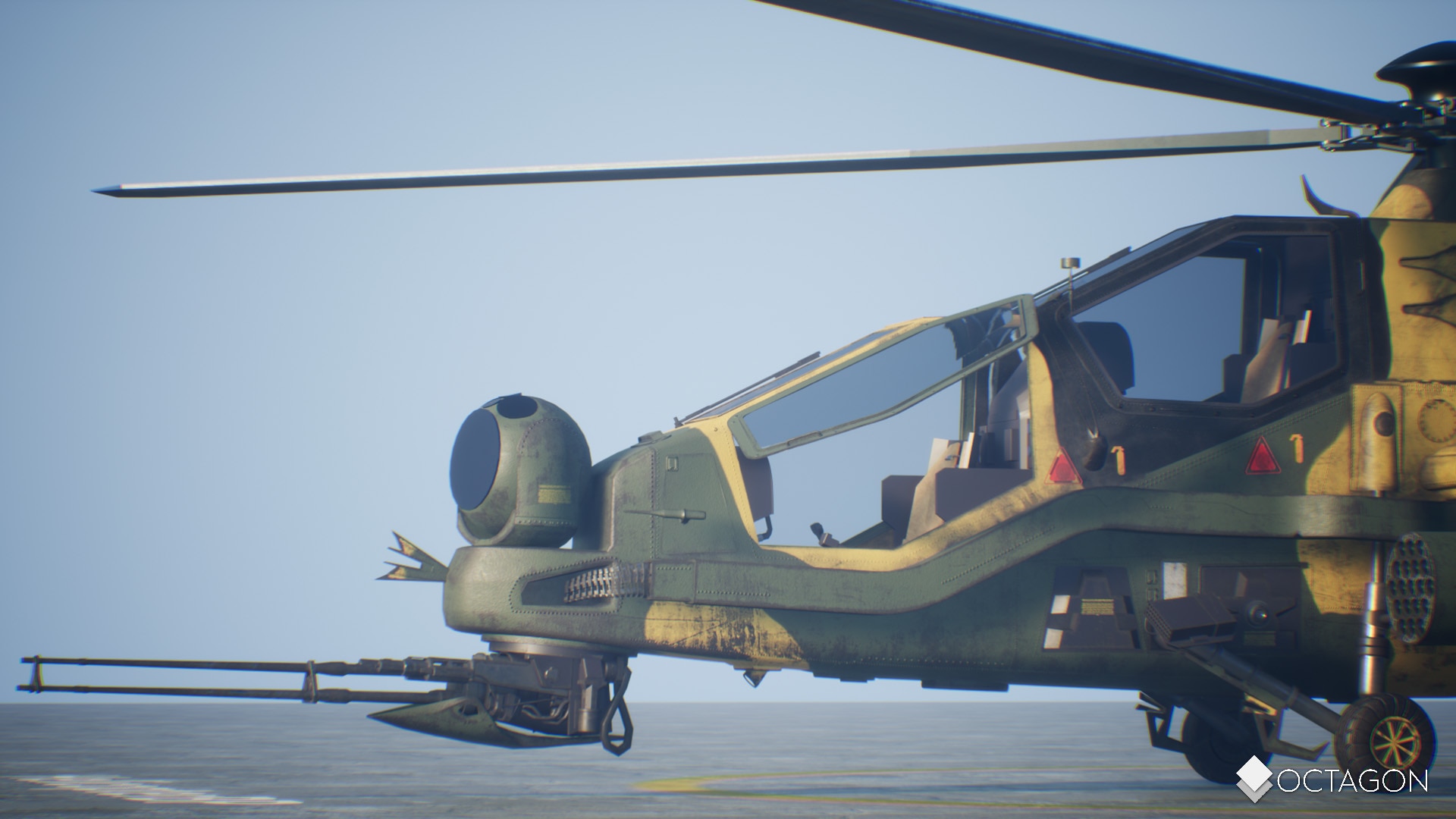 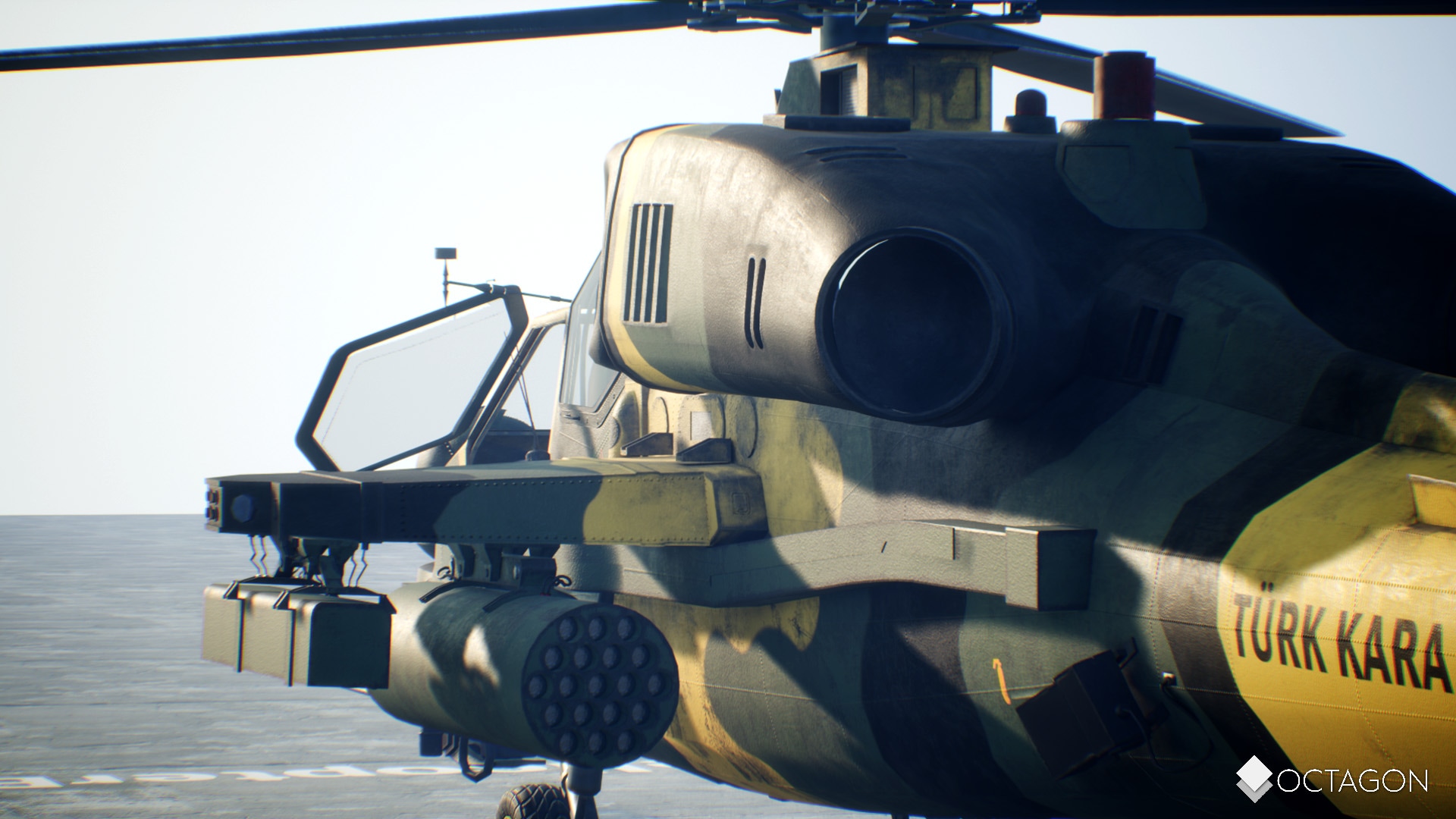 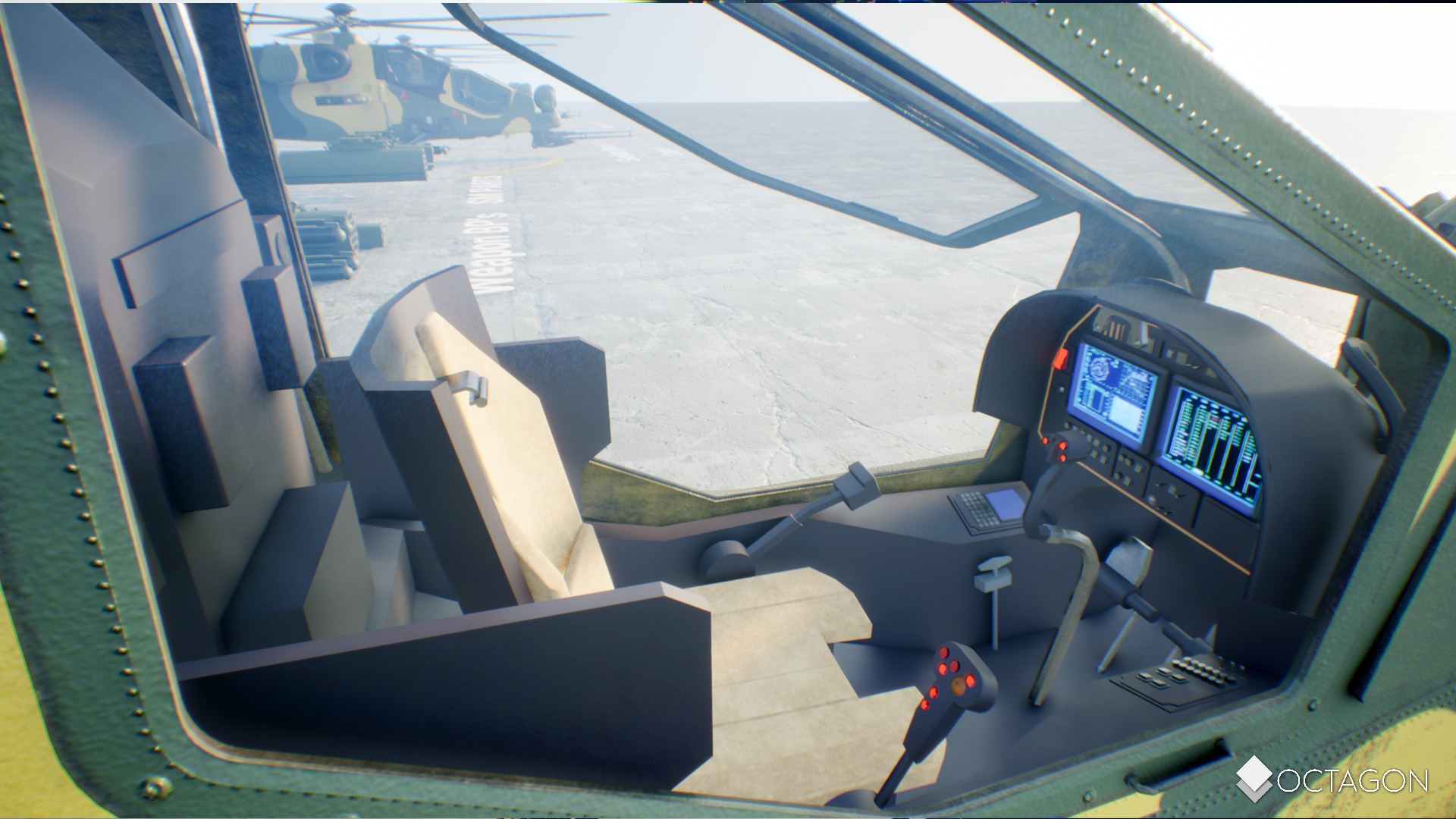 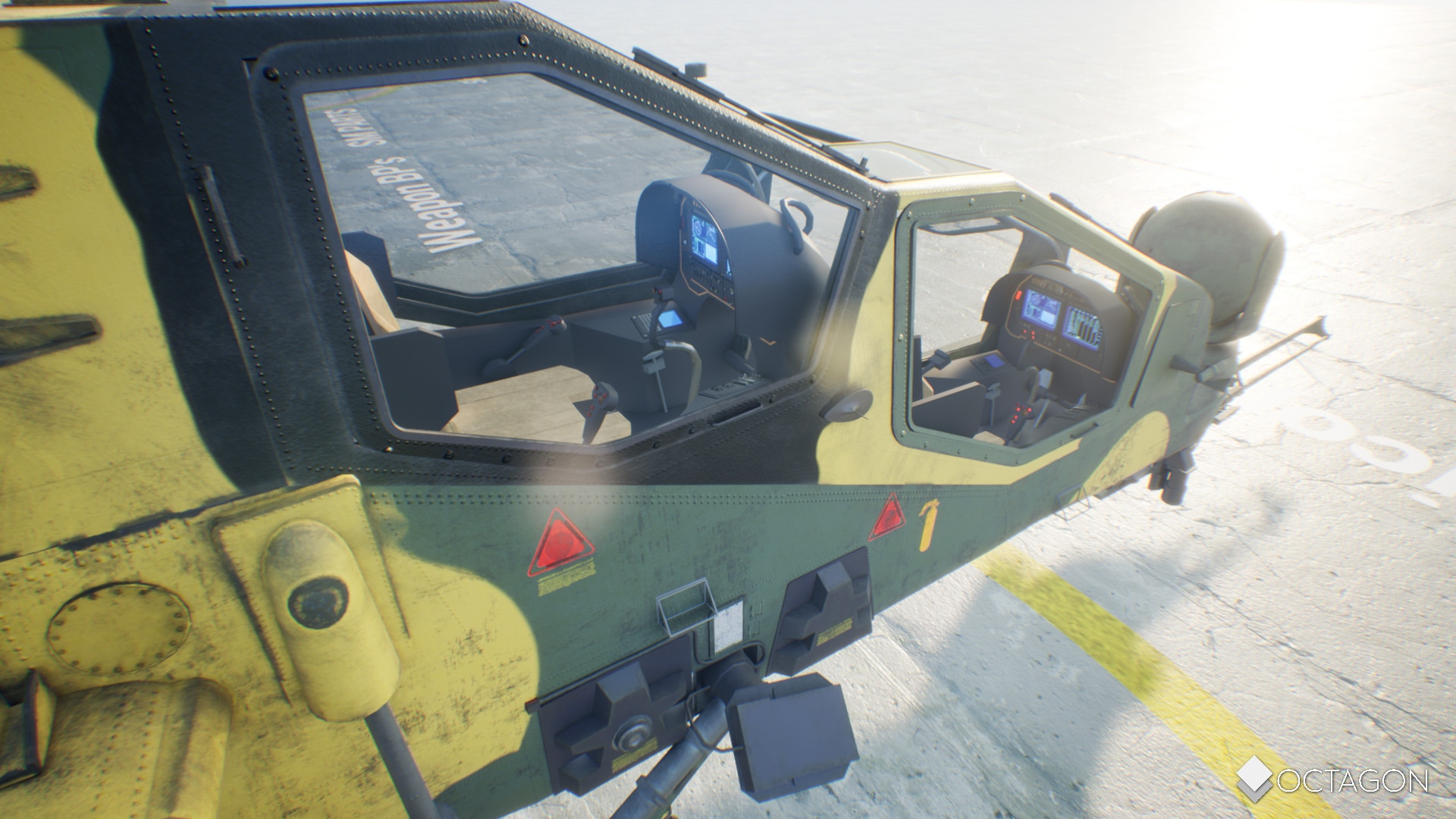 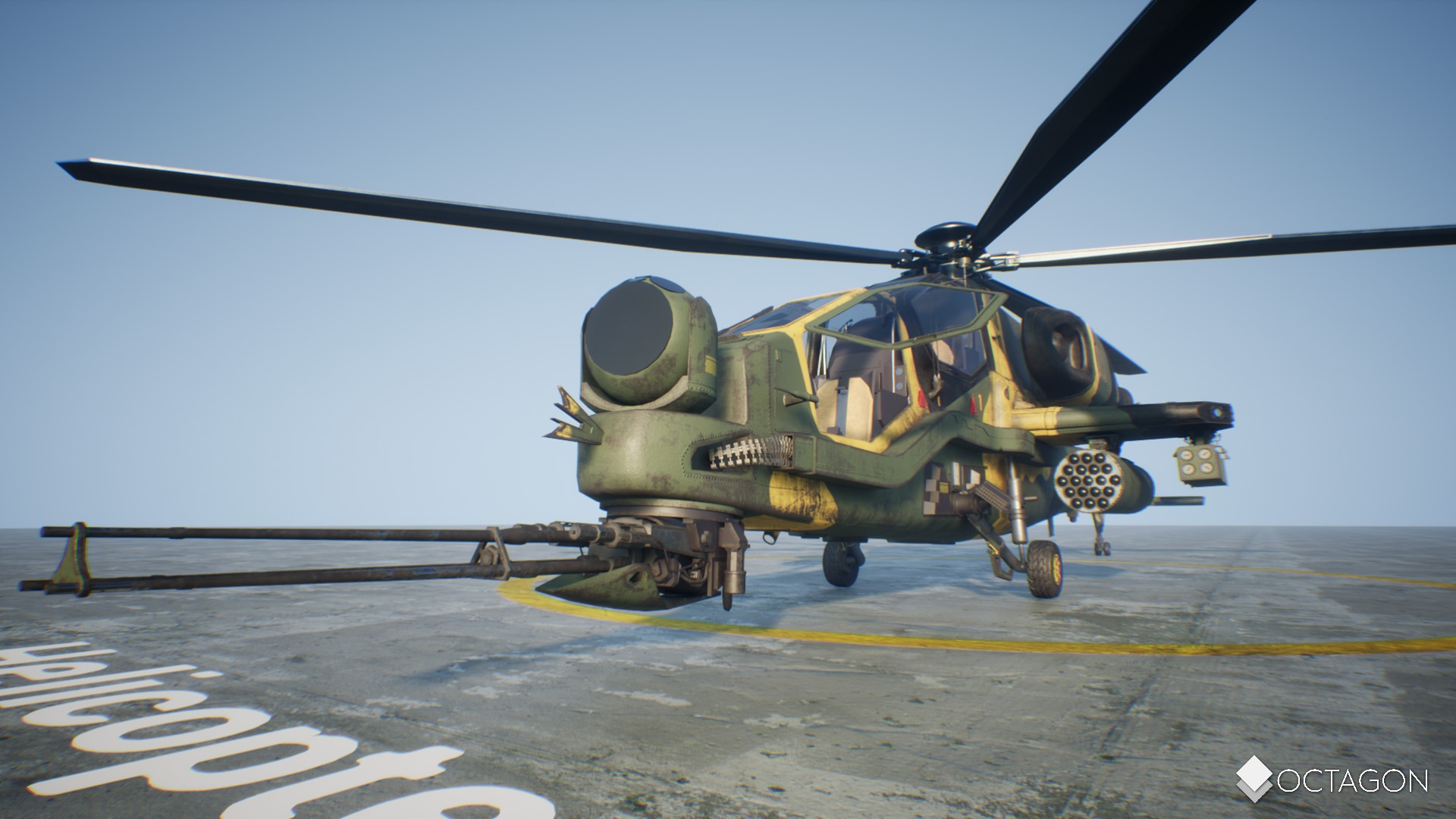 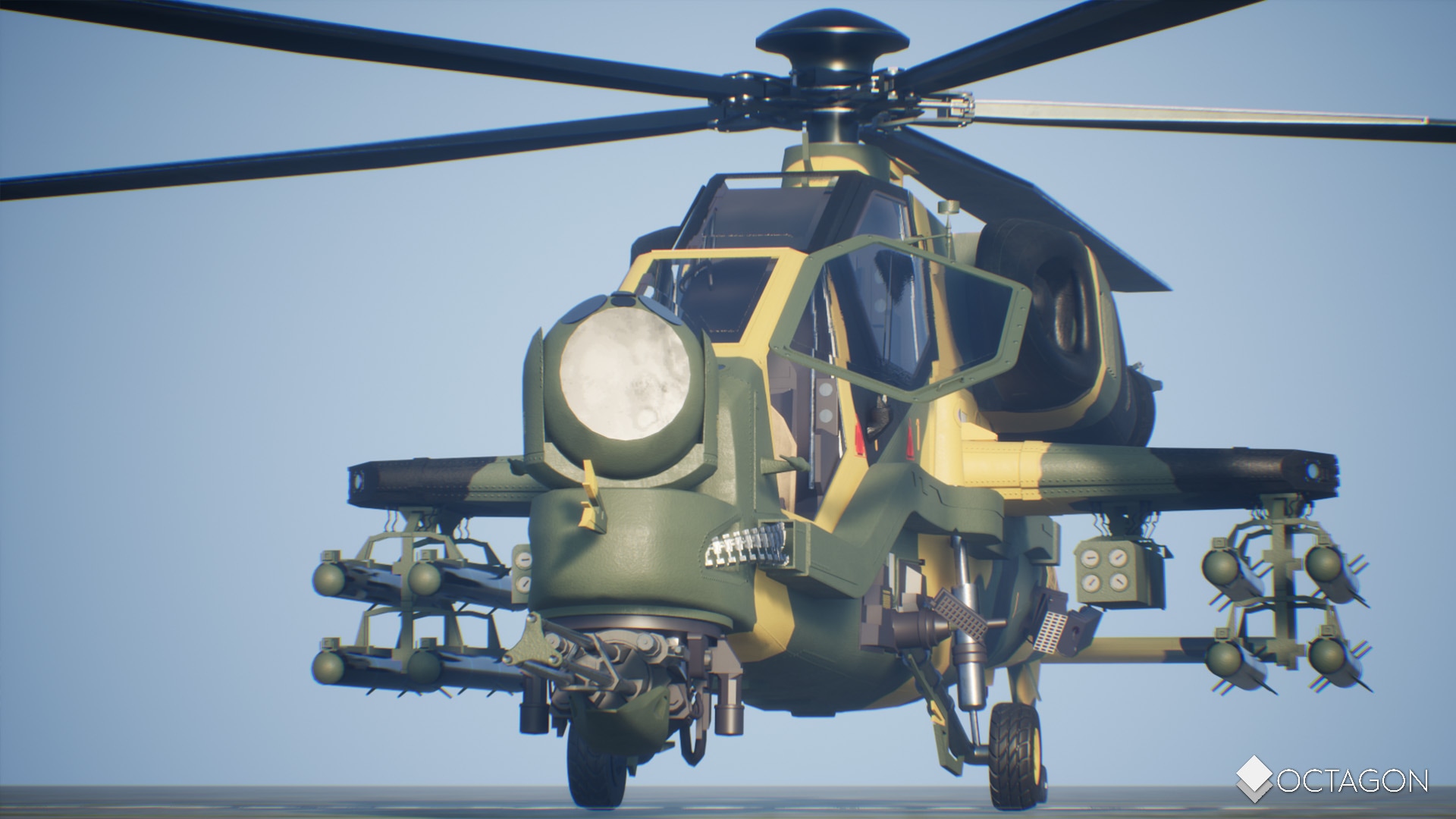 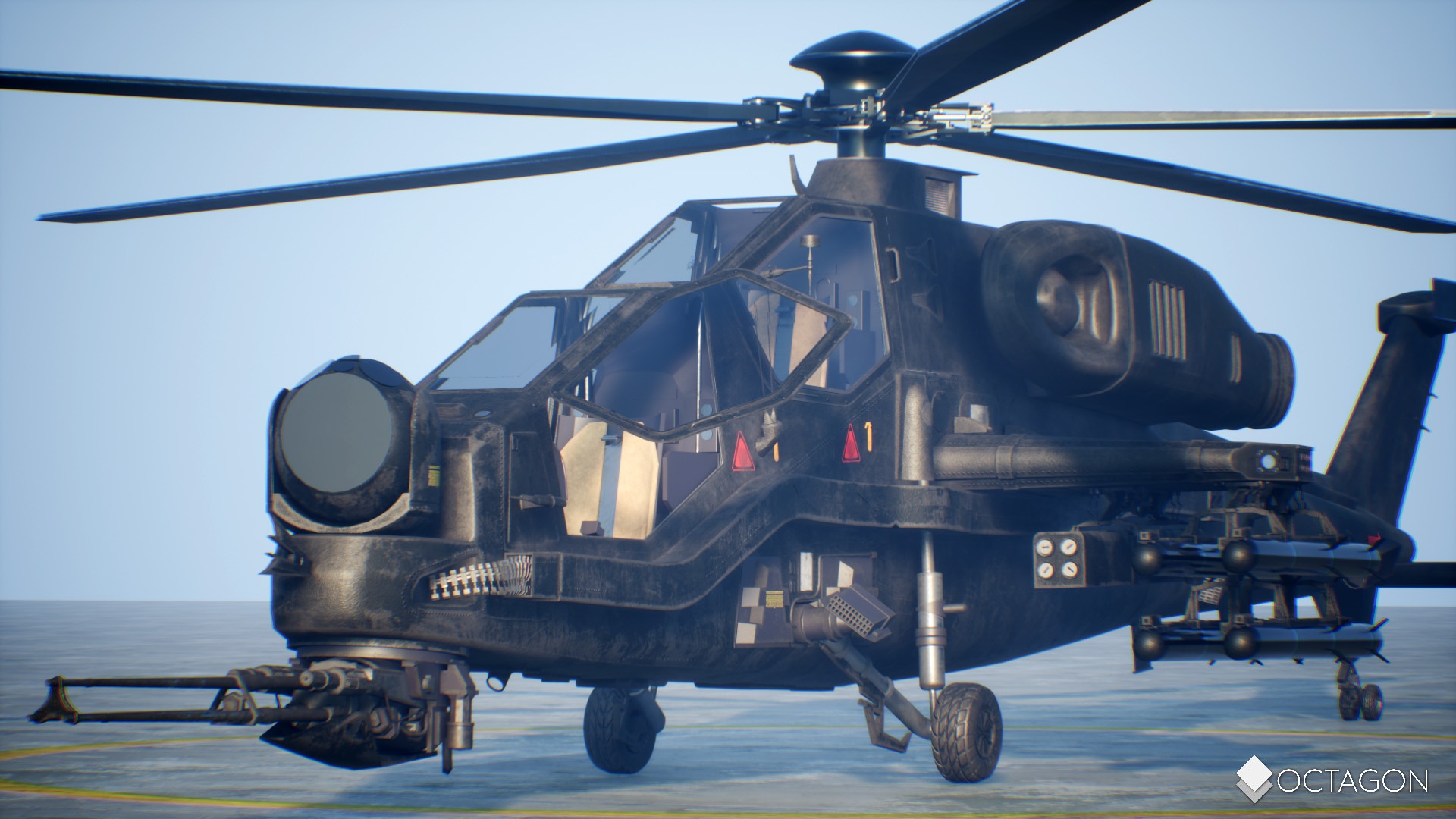 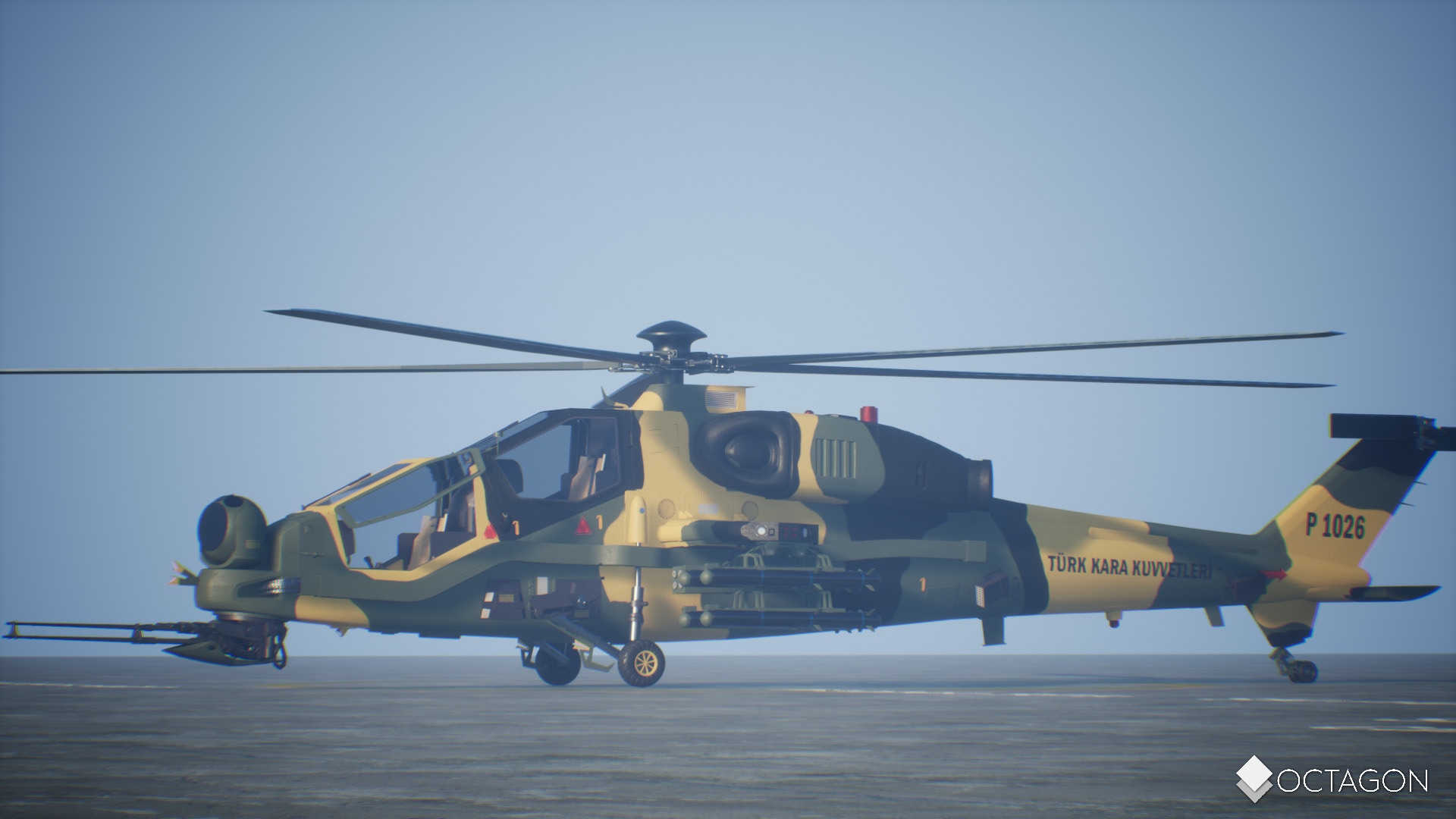 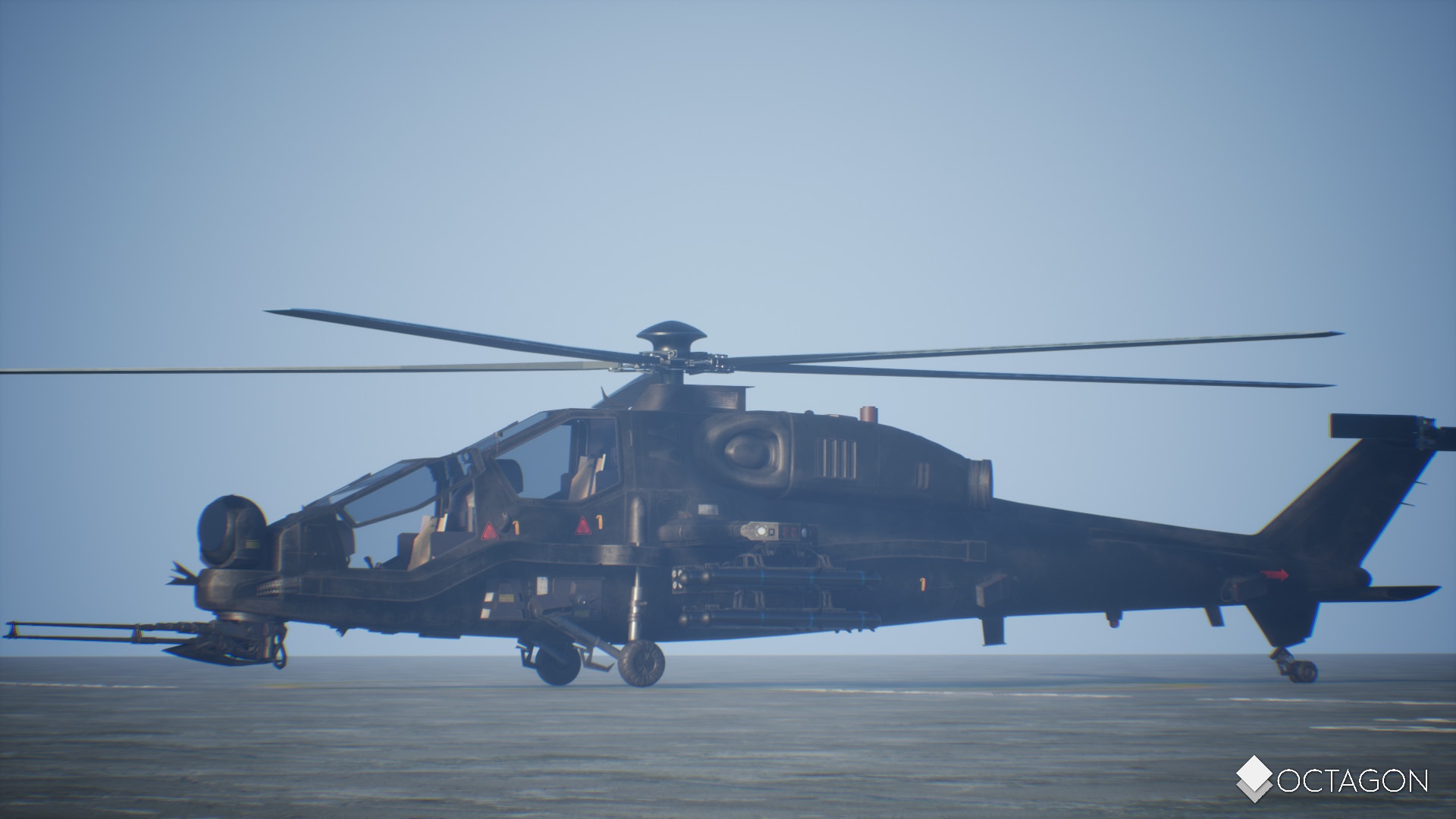 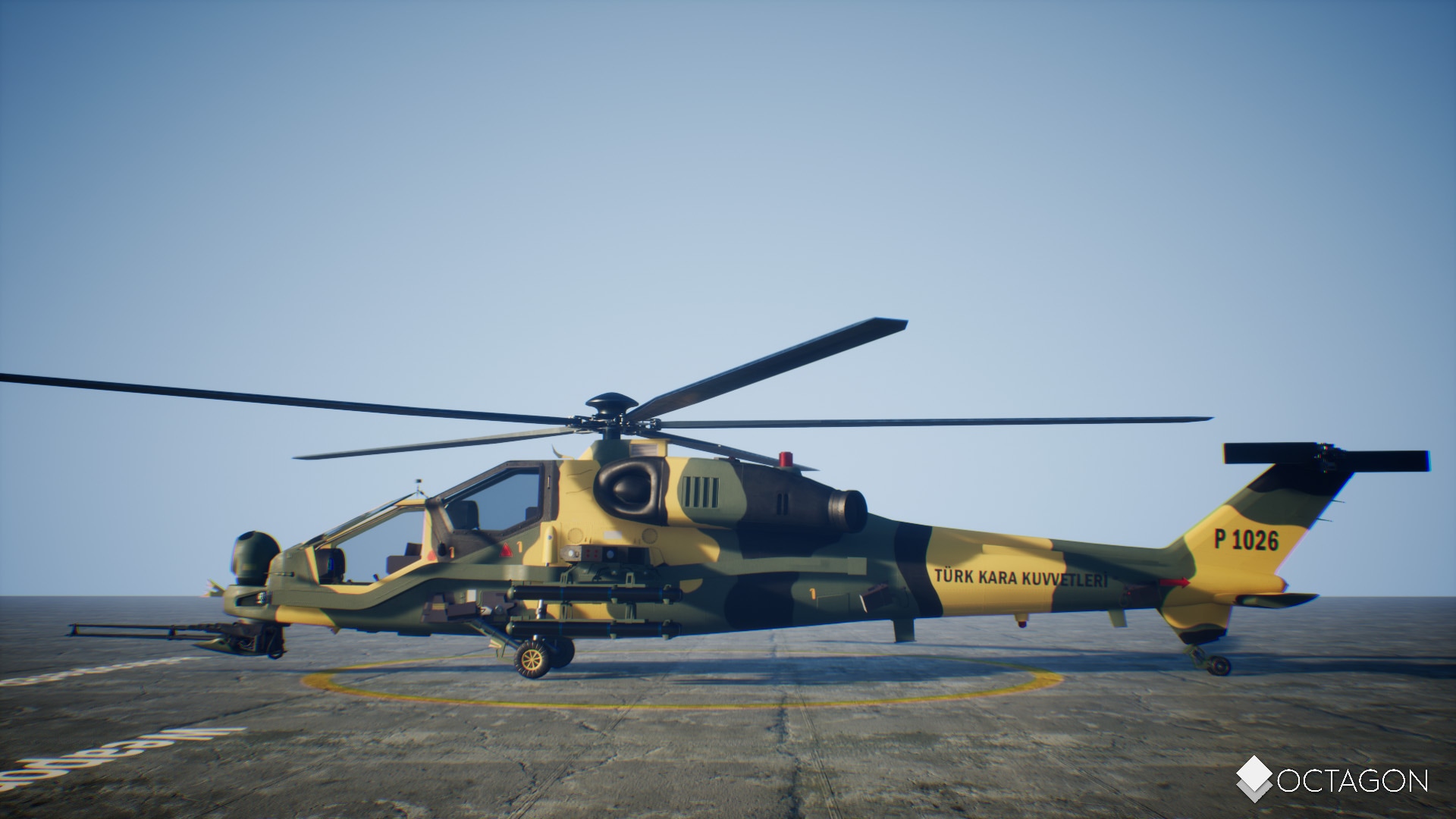 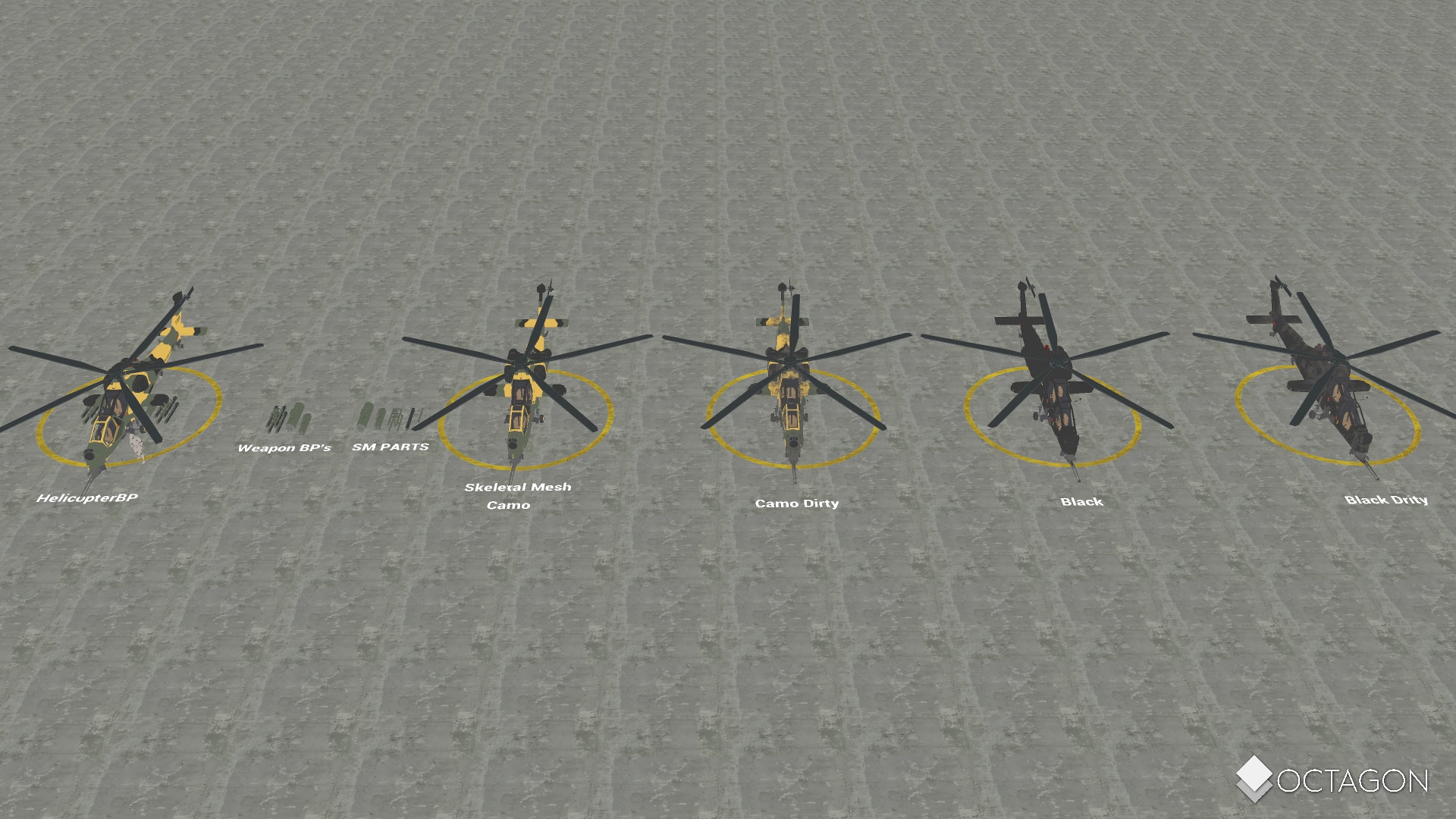 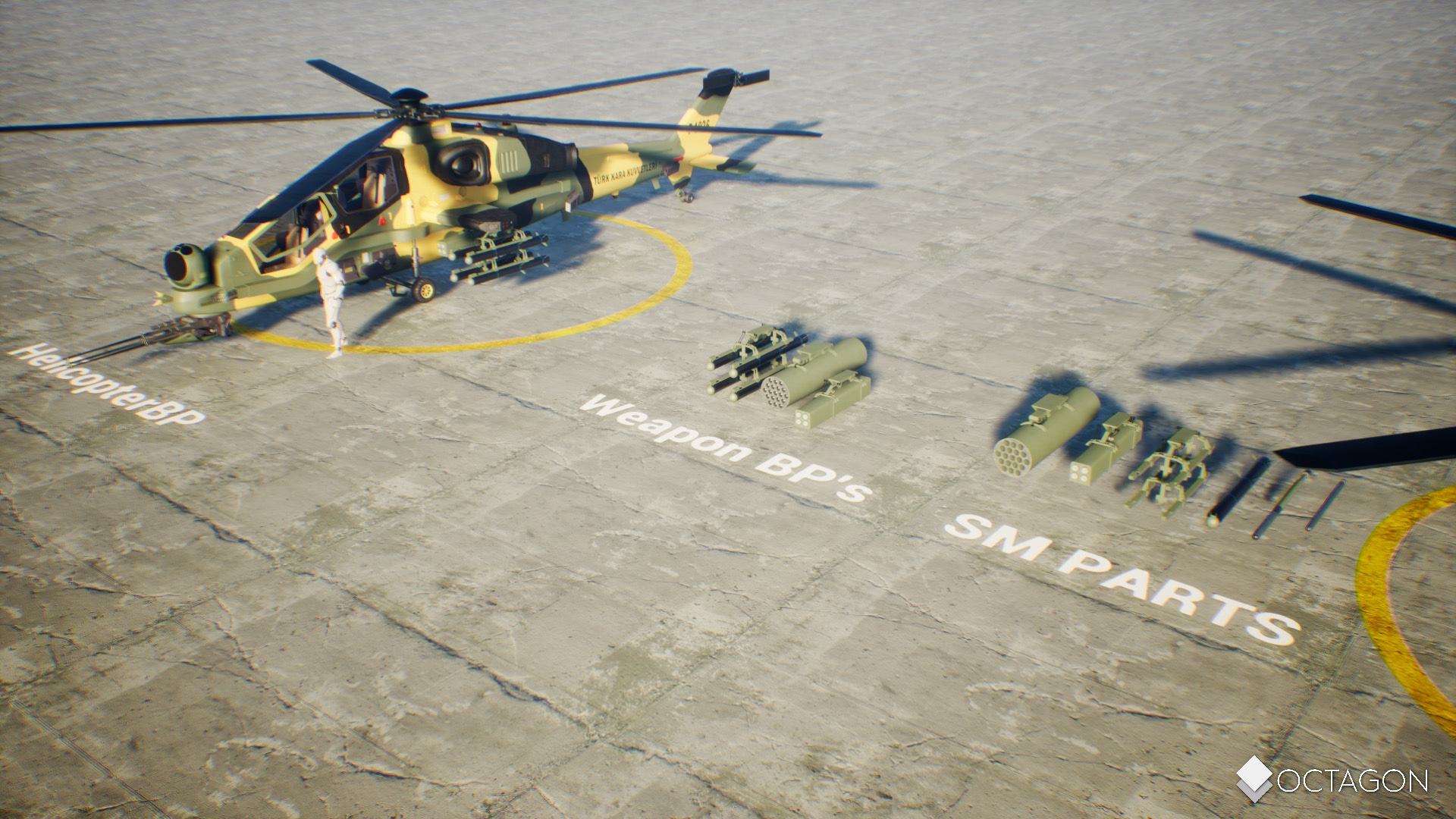 T129 ATAK is a twin-engine, tandem seat, multi-role, all-weather attack helicopter. The t129 model was modeled in the most realistic way possible with materials obtained from open sources. While making the model, the optimum number of polygons with as much as detailed was aimed to be suitable for the Game projects.

The gattling gun at the front has a cradle that can rotate around itself, and the pivot point is adjusted so that the barrel can rotate around itself. The rockets are individually modeled and suitable for launching from the rocket deck. There are 3 types of weapons in total. The camera in the nose of the helicopter can rotate 360 degrees and the sphere inside can rotate 180 degrees around itself. The interior of the cockpit is modeled roughly and simply but as accurate as much. All of those parts could be controllable by widget and animation blueprint, as shown in demo video;

Example Video made with this model

Supported Development Platforms: Probably All platforms but tested only in win64 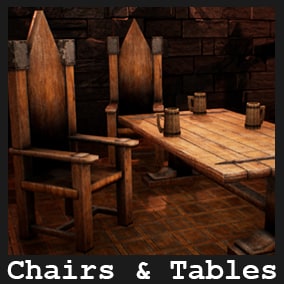 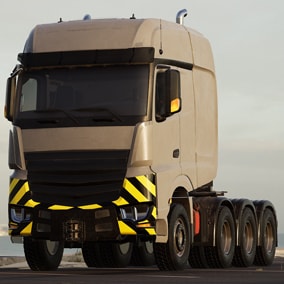 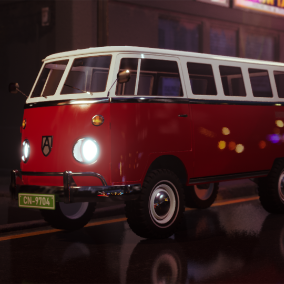 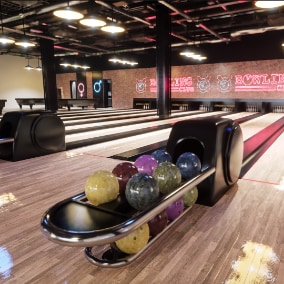 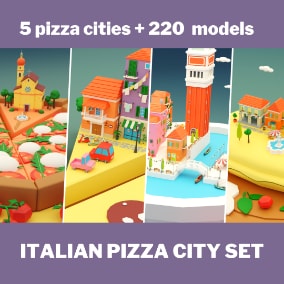